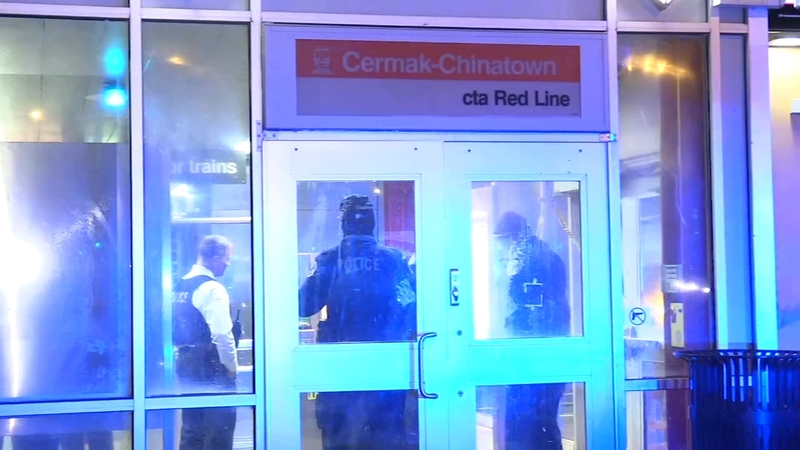 CHICAGO (WLS) -- A man was shot after a fight on the CTA Red Line early Saturday.

Chicago Police said a 38-year-old man and a 25-year-old man began to argue as the train pulled into the Cermak-Chinatown stop.

The argument became a physical altercation, and the 25-year-old shot the 38-year-old in the abdomen.

No charges have been filed. Train service was briefly suspended but has resumed.