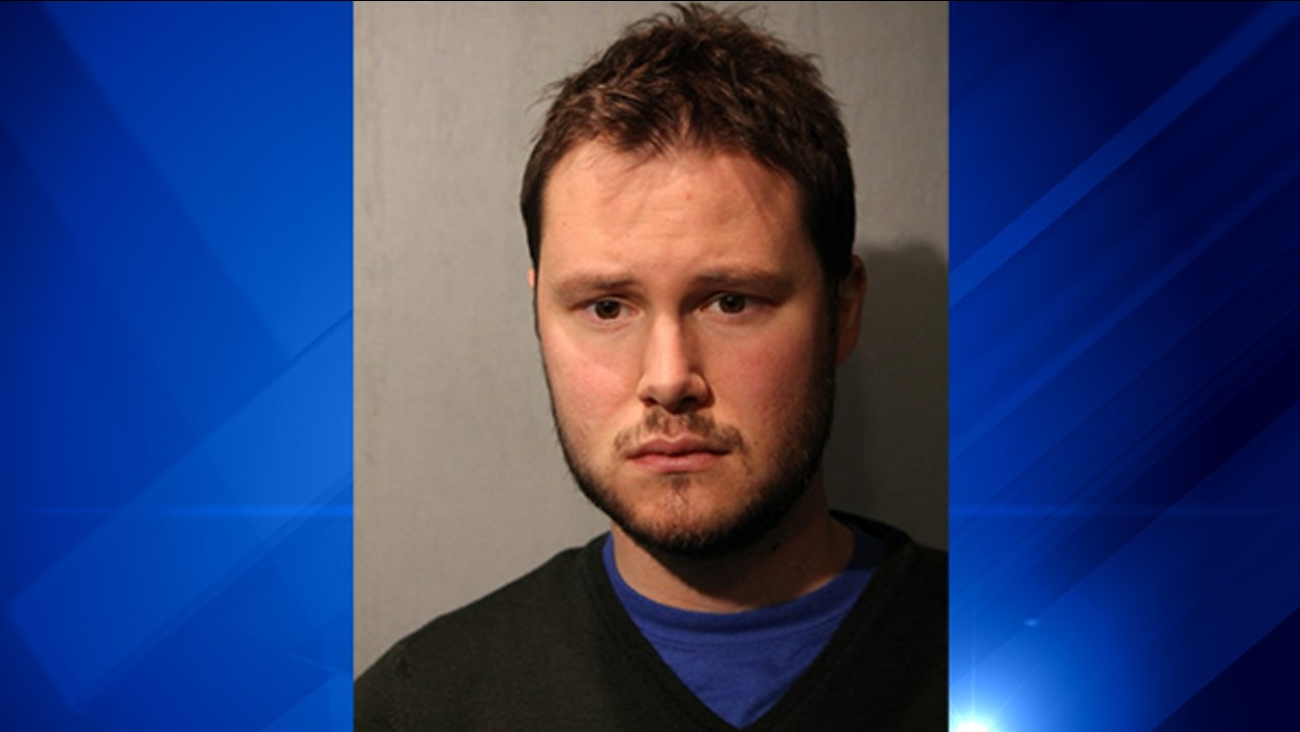 CHICAGO (WLS) -- A 26-year-old man has been charged in the stabbing death of his 69-year-old father earlier this week at their Hyde Park apartment.

Matthew Luchins was denied bail Friday when he appeared at the Leighton Criminal Courthouse on a charge of first-degree murder.

After a night out with friends, Luchins went home early Wednesday to the apartment he shared with his parents in the 6300 block of South Shore Drive, according to Chicago Police and the Cook County State's Attorney's Office.

Matthew Luchins' mother and his father, identified as 69-year-old Daniel Luchins, were asleep in their bed when they heard their son come home, prosecutors said.

Matthew Luchins talked to his parents in their bedroom and then walked out of the room, prosecutors said. His mother found his behavior odd and followed him into the family room, where she saw him staring at a set of knives in a butcher block in the kitchen.

Eventually Luchins pulled a knife out of the block, walked to his parents bedroom and began to stab his father with the blade, prosecutors said. Daniel Luchins was able to get out of the bedroom and into the apartment's dining room, while his wife ran into a hallway of the apartment building and began calling for help.

Witnesses came into the hall when they heard her cries and called 911, prosecutors said. At least one witness went into the apartment to try and stop the attack and saw Matthew Luchins slowly stick the blade into his his father's abdomen and then cut his throat.

Afterwards, Matthew Luchins said, "It's done," according to prosecutors.

Officers and paramedics arrived at the scene about 3 a.m., authorities said. Daniel Luchins was pronounced dead and Matthew Luchins was arrested and taken to a hospital for treatment of cuts to his hands.

The Cook County Medical Examiner's Office ruled Daniel Luchins' death a homicide Thursday and found he died of multiple stab and incise wounds in an assault.

Several family members who appeared in court Friday for Matthew Luchins' bail hearing declined to comment. Attorneys representing Matthew Luchins said they were not asking for a bond to be set in the case Friday.

Luchins was denied bail by Judge Mary Marubio and his next court date was set for May 23.