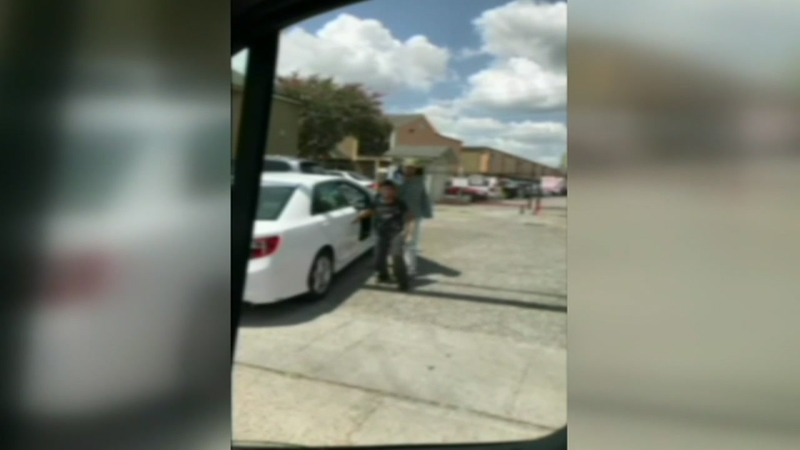 HOUSTON, Texas -- Disturbing video showing a Houston man's attempt to pull a young boy into his car is sure to have people talking after it was posted to Facebook.

Jerry Canto says he couldn't believe what he saw in southwest Houston: three children running and a white Camry nearby.

"They started running really quick and then a white Camry almost run over them," Canto said.

That's when Canto said he pulled out his phone and started recording.

Canto said two kids ran off, but the youngest was near the Camry. The Camry had stopped, had its door open and it appeared the man was pushing the boy inside of it.

That is when Canto grabbed a hammer. In the video you hear the man say, "He stole from my store!"

Canto says the man was talking about Amigos Food Mart on Glenmont, just down the road.

"Leave him alone. It's a kid!" Canto can be heard shouting to the irate shop owner.

We reached out to the store owner. He did not return our calls. A clerk told us the boys stole from the store and it was captured on video.

"It's just a kid. He might have took something from the store.I don't know. I don't see, but I don't care, my plan was to save the kid," said Canto.