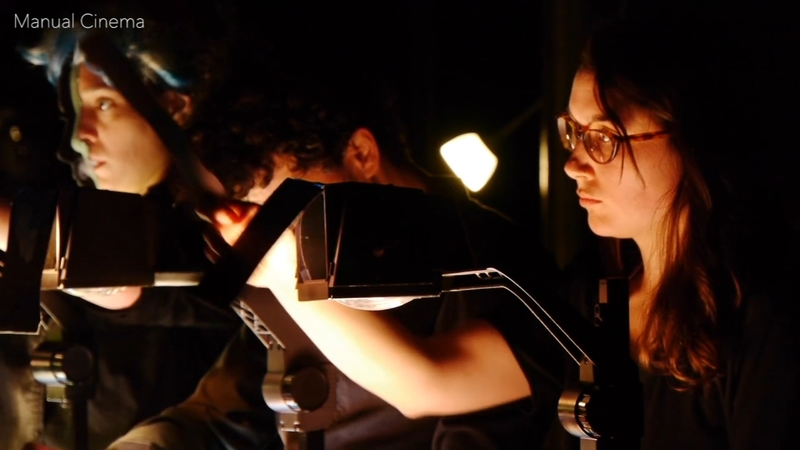 CHICAGO (WLS) -- Manual Cinema is celebrating their 10th anniversary as one of Chicago's most creative theater and art companies. The celebration has been forced online due to the COVID-19 pandemic - like so many others in the live performance community - but the company is still finding ways to create and present new work.

"We had initially planned a four-week theatrical run at the Chopin Theater that was a retrospective of shows over the last 10 years," said co-artistic director Julia Miller. "Because of the pandemic that was clearly just not possible this summer."

Over the past two months, Miller and her co-artistic directors have presented archival videos online of previous shows - each of which incorporate Manual Cinema's unique brand of live music, acting, shadow puppetry, technical effects, and lush set design.

"As artists working during a pandemic, I think we're trying to use it as another creative constraint, because the medium we work in is already super specific," Miller said.

Miller is one of five co-artistic directors, who merged their skills and mediums to form the company a decade ago. Kyle Vegter, another co-director, said that their team is still finding new ways to use their unique art form.

"It is a very limiting art form - what with not being able to have dialogue, not being able to show character's faces often times," Vegter said. "I think trying to tell new and interesting stories that we haven't told before is what keeps us all interested."

Along with their live theater shows, Manual Cinema is expanding their work in film and recently produced animation for the upcoming remake of the classic Chicago horror film, Candyman.