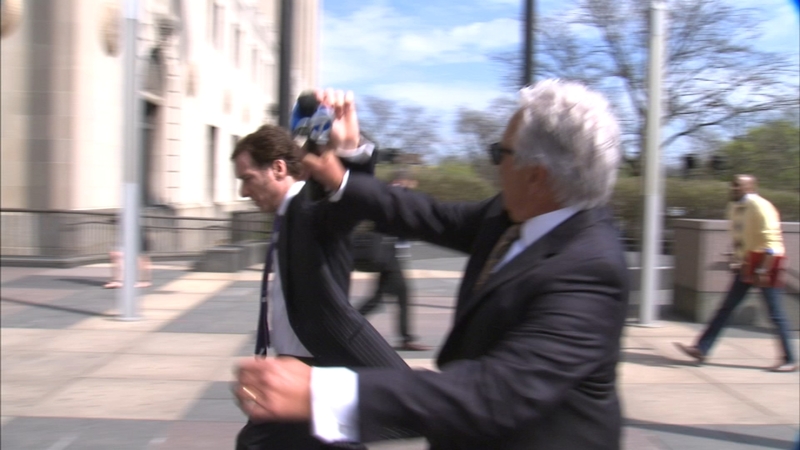 CHICAGO (WLS) -- After being convicted by a Cook County judge last spring in a high profile sexual assault case, Chicago's so-called tanning parlor rapist Marc Winner is shunning an offer to avoid trial in a second case, the ABC7 I-Team has learned.

Even after losing his first trial in May, and now facing a sentence of 13 years, Winner told Judge Carol Howard that he was not interested in pleading guilty.

The court hearing occurred last Thursday but the details are in a transcript just obtained by the I-Team.

Specifics of the plea deal being offered by Cook County prosecutors are not known. Neither the Cook County State's Attorney nor Winner's attorney would comment on the court proceedings, the rejected plea bargain or an apparent outburst by Winner in response to Judge Howard's questions about whether he is considering the government's offer of a deal.
"If there is any possibility that you are involved in this, you should seriously consider the state's offer" Howard told Winner according to the transcript. She said that he faces a minimum additional sentence of 21 years and could see as many as 97 years if convicted, on top of his current incarceration.

When Judge Howard refused to postpone Winner's next trial as he requested, Winner criticized her for not giving him "much time to talk" in court during the first proceeding.

"You purposely set the trial for the exact same time as Cosby," Winner said, referring to TV star Bill Cosby who was being prosecuted in a high-profile sexual assault case.

Winner was sentenced in June for sexually assaulting Justine Bour, who was known as J.B. during the trial but asked to be identified after the case ended.

In the current case, Winner is accused of raping a 26-year-old woman in August of 2015. She had gone tanning at Soleil, the now closed West Loop salon Winner owned.

Judge Howard told Winner that he has until this Friday to make up his mind about the plea deal or trial will commence on December 3 as now scheduled. The case is due back in Cook County court on Friday morning.