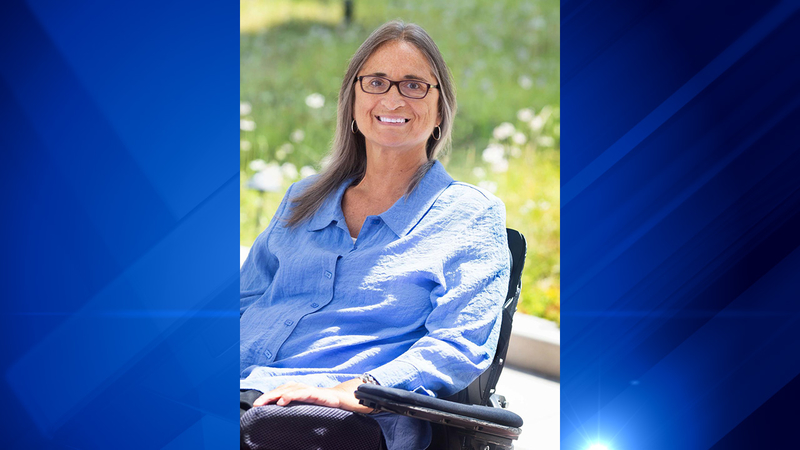 CHICAGO (WLS) -- Every time a wheelchair lift is lowered on a Chicago Transit Authority bus, its user can thank Marca Bristo.

While some might not recognize the disability rights leader's name, her work benefits millions across the world.

Bristo, who died Sunday at the age of 66, is being remembered by those closest to her.

"She had a huge impact on my life," said Access Living's Acting CEO Daisy Feidt. "She was a visionary."

Bristo was a 23-year-old nurse in Chicago when she dove into Lake Michigan to retrieve a pair of shoes. She struck her head and broke her neck, becoming paralyzed from the waist down.

Unwilling to let the disability define her, Bristo took control, becoming an advocate for herself and others like her. She founded Access Living, a Chicago nonprofit that advocates for fair housing, accessible transportation and other resources for people with disabilities.

Bristo didn't stop there, instead she stepped onto the national stage. She took on Congress and met with presidents, eventually becoming one of the authors of the Americans with Disabilities Act.

Even after her cancer diagnoses two years ago, Bristo kept working.

She stepped down as CEO of Access Living just last month.

Many leaders in Chicago and greater Illinois are also remembering Bristo's legacy.
Chicago Mayor Lori Lightfoot called Bristo "a fierce advocate for disability rights," and that "her leadership will be missed."

Saddened to hear of the passing of Marca Bristo, a fierce advocate for disability rights who changed lives through the nationally-recognized nonprofit she founded, @accessliving. Her leadership will be missed. Keeping her family in my prayers during this difficult time. https://t.co/L4vdHn2ovP

U.S. Sen. Tammy Duckworth said that without Bristo's work, "the American with Disabilities Act would not be in existence and I would not be a U.S. Senator."

Without Marca’s work over the last 30 years, the Americans with Disabilities Act would not be in existence & I would not be a U.S. Senator.

Because she crawled up the steps of the Capitol to pass the ADA, I get to roll through its corridors to cast my votes in the U.S. Senate. https://t.co/jSruFyu5lU

Sen. Dick Durbin said that "generations of Americans with disabilities will have Marca Bristo to thank for the freedoms they enjoy because she dedicated her life to them.

Former Illinois Attorney General and Lt. Governor Neil Hartigan called Bristo "one of the most extraordinary people I've ever known."

"She did more for the dignity and enhancement of disabled people than anyone in our lifetime."

U.S. Congresswoman Jan Schakowsky said that "because of Marca, countless people have been freed from confining living arrangements and liberated to live independently in communities."

Bristo's funeral will be private and for family only.