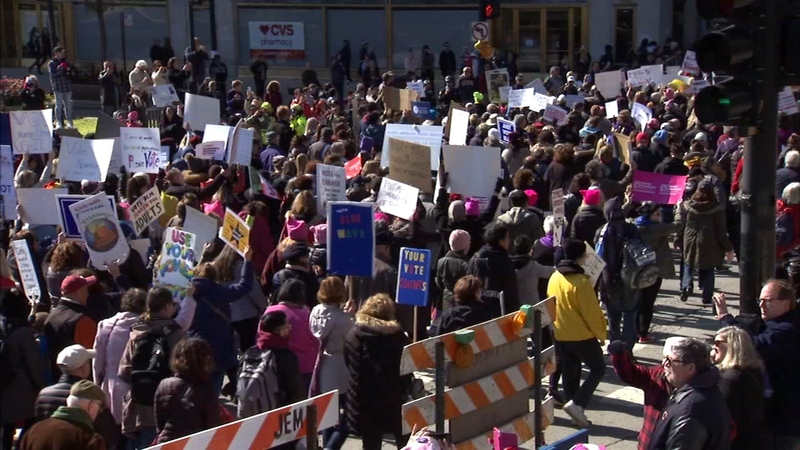 CHICAGO (WLS) -- Thousands of people took to the streets in Chicago on Saturday for the March to the Polls.

The event was a push to get women and young voters to make their voices heard on Election Day.

The 2018 March to the Polls stepped off from Grant Park Saturday.

"Young voters are the largest voting block in Chicago so we have recognized they can single-handedly change the outcomes," said Claire Shingler, Women's March Chicago executive director.

A rally before the march included speakers and live music. Candidates and campaign representatives also attended.

"We have seen a lot lately about sexual assault, immigration. There's been an upsurge in blatant racism and these marches are designed to tell people you're not alone. There are decent people out there who share your values and inspire people to step up and make their voices heard," said Jessica Scheller, of Women's March Chicago.

"I think now is the time where I think we should be in solidarity with each other as women, fem, trans people, queer people," Melissa Durpey, a Women's March emcee told the crowd.

A student from Marjorie Stoneman-Douglas High School, the site of a deadly mass shooting in February, also spoke. 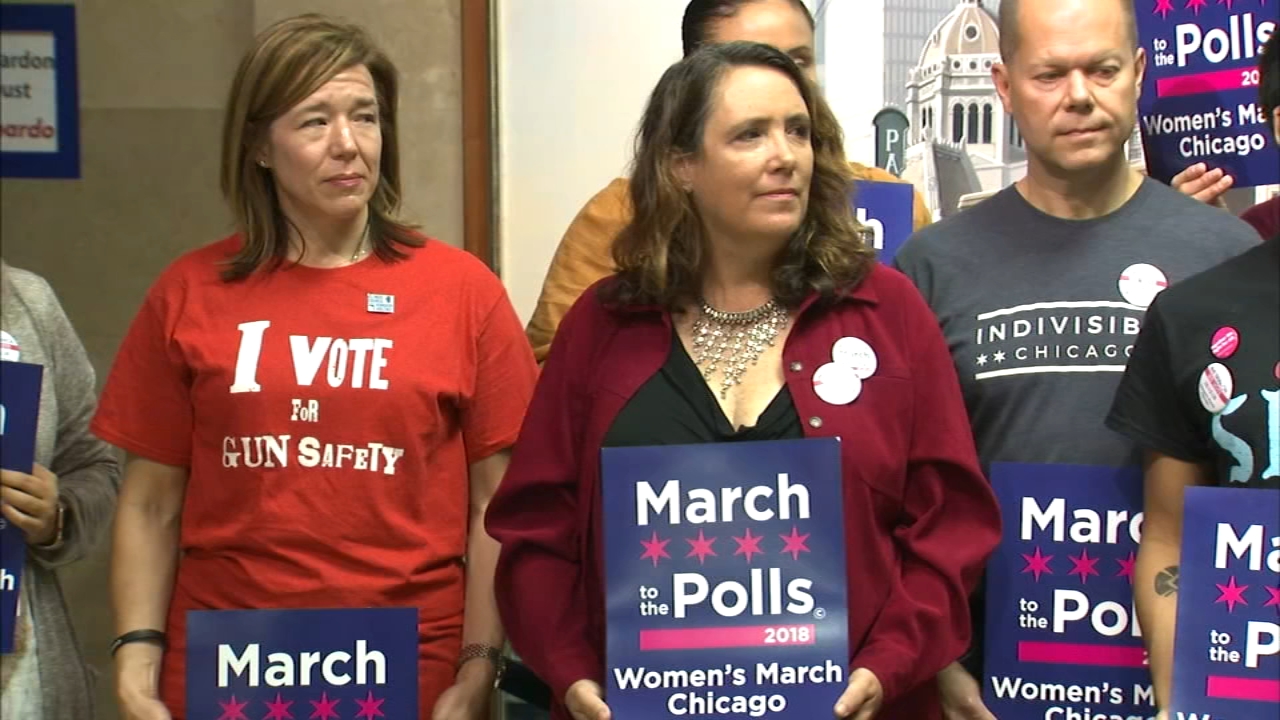 Women's March Chicago plans rally, march for Saturday to focus on first-time voters
In anticipation of thousands of participants in the Chicago Women's March to the Polls, the city has announced a number of street closures for the rally and march, as well as information on meeting spots, march routes and transportation.

At one point during the rally, a group of women dressed as Handmaids from Margret Atwood's "The Handmaid's Tale" gathered on stage as a speaker discussed abortion rights.

Videos from Hillary Clinton and Elizabeth Warren were also played for rally attendees.

Musicians performed for the crowd between speakers.

The Baby Trump balloon also made an appearance among the crowd. 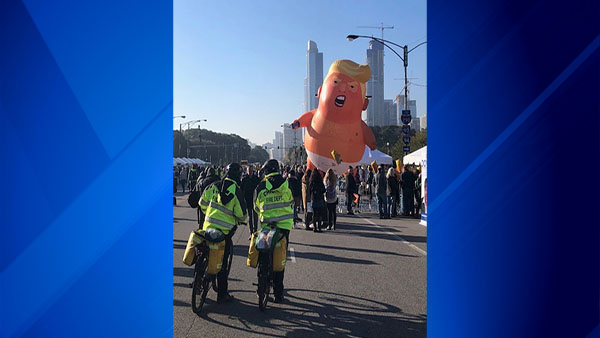 The Baby Trump balloon made an appearance at the March to the Polls.

The best in signs from Chicago's 'March to the Polls'.

The march left Grant Park for Federal Plaza and the Board of Elections early voting site at approximately 12:45 p.m.
Chicago Board of Elections officials said many people are voting by mail. Many of the voters who choose that option are women.

"We are aiming to open the doors of government, to allow a new generation of leaders that will represent our voices in our communities," said Alex Boutrous of Chicago Votes.