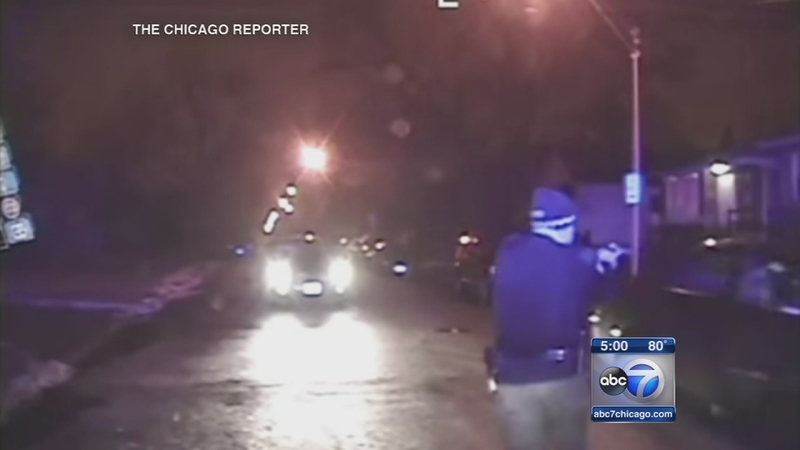 Proano, 41, is charged with firing his weapon 16 times at a moving car occupying five teenagers. Two of those teenagers were injured and have settled lawsuits with the city.

The shooting, captured on a dash-cam, shows Proano firing his handgun multiple times into a car occupied by the two teenagers, who posed no apparent threat. The car was pulled over for speeding.

The 10-year veteran of the police department said nothing during his court hearing, but instead let his attorney, Dan Herbert, enter his not guilty plea. If guilty, Proano could face 10 years in prison.

Herbert said the officer was acting according to department policy at the time. The teens were driving a stolen car and were believed to have a gun in their possession. Investigators recovered a pellet gun but no other weapons.

"When you find out how these police officers were trained by their supervisors, their leaders, they're told to do exactly what he did, and now they're turning their backs on him," Herbert said.

Herbert also represents Jason Van Dyke, the officer charged with first degree murder in the death of Laquan McDonald. Herbert said the anti-police political climate is what contributed to the charges.

"We all know what the climate is," Herbert said. "It's as bad as I've ever seen."

The Independent Police Review Authority recommended firing Proano, who has multiple complaints for excessive force in his file. The officer has already been stripped of his police powers and has been working on desk duty.