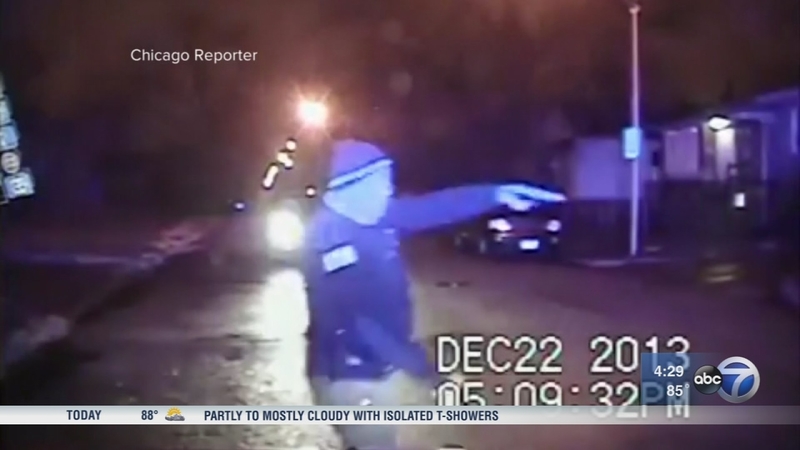 CHICAGO (WLS) -- A Chicago police officer is on trial for firing into a car full of teenagers in 2013 in an incident was captured by a dash cam.

Jury selection began Monday and will likely continue Tuesday. The case is racially-charged as a Latino officer is charged with firing his weapon 16 times into a car full of African American teenagers.

Video from the dash cam in the officers own squad car will likely be the most important piece of evidence prosecutors will present.

Officer Marco Proano, 42, an 11-year veteran of the Chicago Police Department, is charged with using unreasonable force and causing bodily injury. He is accused of firing his service revolver 16 times at an allegedly stolen car after a traffic stop on the city's Far South Side.

The officer reportedly told investigators he feared for his safety as well as the safety of a passenger who is hanging outside the car.

Chicago Police Superintendent Eddie Johnson says there are important lessons to be learned from the incident and he's following the case closely.

"It's my duty to give officers due process and not to make rush judgements. So, we'll wait until it's done and we'll move on from there, but as I said before, being a police officer is not easy, it's a difficult job. Police officers have to make decisions in split seconds," Supt. Johnson said.

The Independent Police Review Authority ruled Proano's explanation for the shooting "defied logic" because he is seen firing in the direction of the person in the car he claims to be protecting - and he kept firing even though the car rolled in the other direction before crashing into a pole.