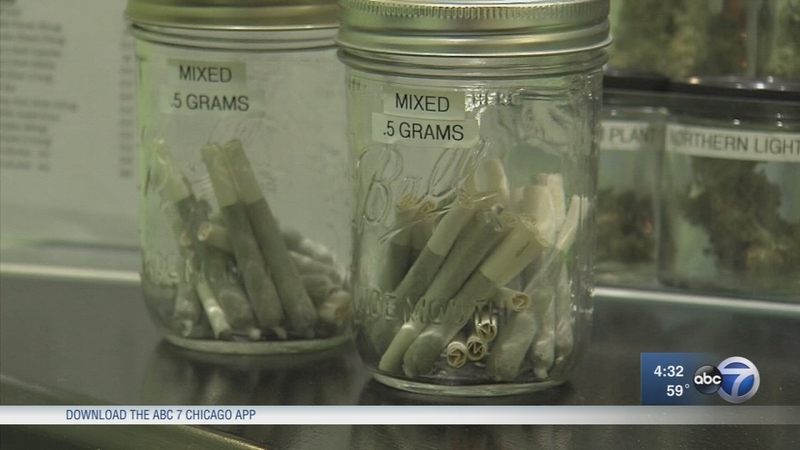 CHICAGO (WLS) -- Illinois lawmakers held a hearing Tuesday on proposed legislation to legalize marijuana, which could bring some relief to taxpayers.

Recreational use of marijuana is now legal in eight states, and some lawmakers hope Illinois will be next.

"The taxation of dollars we can bring into Illinois is about $300 to $700 million," said State Senator Heather Steans (D-Chicago), one of the cosponsors of the bill.

Sen. Steans and State Rep. Kelly Cassidy introduced legislation to legalize marijuana use for adults 21-years-old and older. To make their case, they brought longtime and active proponent of marijuana legalization and television travel guide Rick Steves to testify at a Tuesday hearing.

Steves helped his home state of Washington legalize marijuana, and said he is not pro-pot, he's anti-prohibition.

"Seventy thousand people are locked up in our country every year, 700,000 people are arrested, for possession of marijuana, not violent crimes. They're not rich white guys, they're poor people and they're black people. It's amazing that it's happening in our country right now and there is just a way out of this," Steves added.

But not all lawmakers buy Steves' data. Republican State Senator Dan McConchie accused him of making too many broad-brush statements about the benefits of legalization, and said he is worried about the societal cost.

"There is a lot of data about extra tax revenue and jobs, we have no idea about the increased medical costs, crime and so forth," McConchie said.

Lawmakers are hoping to learn more from states with experience. Marijuana has been legal in Colorado for five years. Colorado lawmaker Dan Pabon originally voted against legalization, but now supports it. When asked how it has changed the quality of life in his state, Pabon said it has had no negative impact.

"We have a 2.3 percent unemployment rate right now. It's not like folks are sitting on their couch getting stoned, forgetting they have to go to work," Pabon said.

The bill to legalize marijuana in Illinois has a long way to go. Sponsors Steans and Cassidy said there will be more hearings and possibly changes to the legislation based on what they learn from other states.