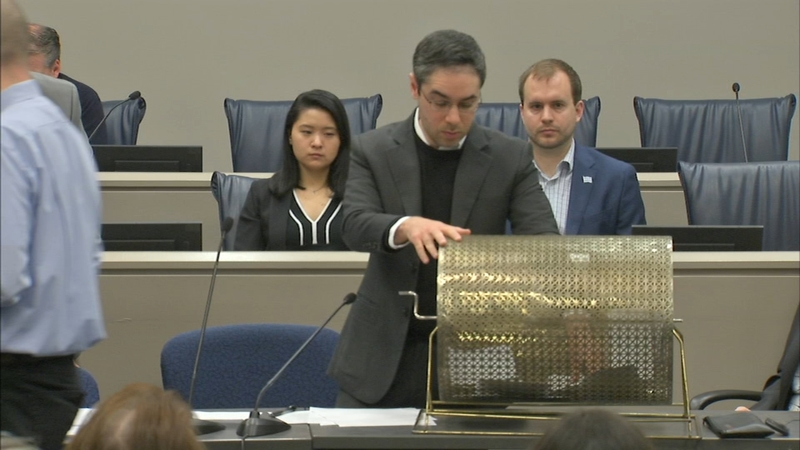 Joe Caltabiano with Cresco Labs got the first pick in the first round, snagging a coveted spot in the city's central business district which includes the entertainment corridor, near River North and the Gold Coast with a high concentration of people, hotels and nightlife.

"We think the multitude of population is in that area we think that is where the dollars are spent as it relates to generating tax revenue in city, so I think its the best district to be in," Caltabiano said.

The participating 31 Chicago-area medical dispensaries are already permitted by the state to offer recreational sales at their existing locations starting in January, but lottery participants got to choose a second location based on the seven designated "cannabis zones" in Chicago.

"What it will do for the city of Chicago is it's going to bring necessary tax revenue into the city," said Jeremy Unruh of Pharmacann. "It's also going to bring jobs."
RELATED: Illinois Weed Legalization Guide: Will your city or town sell marijuana?

Each of the seven cannabis zones is capped at a maximum of seven dispensaries which will increase to 14 in May. Mayor Lori Lightfoot is setting the limit to ensure the stores are evenly distributed across the city.

While spots downtown went fast, not all companies chose to be where the action is.

"Our dispensary is currently on the near west side by the Illinois Medical District, now we have the opportunity to put another dispensary in a similar community that serves the community rather than tourists," said Brendan Schiller of The Herbal Care Center.

Jamil Taylor of Viola Brands, who operates in five different states, is looking to operate in Illinois, says he noticed an alarming lack of diversity in the room.

"Not seeing people of color black, brown, Asian, just folks in that room don't really identify as what the city looks like and that's a challenge and a problem," Taylor said.

The city looking to use the budding industry which becomes legal in the New Year to boost development on the South and West sides.

"This is really only a new trail if it's something more than just reforming a system that leaves the people who are already devastated further behind,"Schiller said.