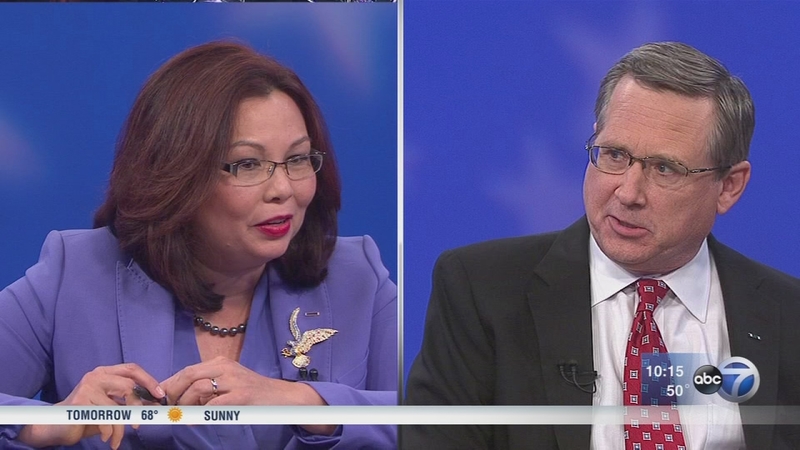 The debate began with Kirk repeating his apology for a comment he made during last week's debate in which he used Duckworth's Thai heritage to deride her family's military history.

"I would like to take this moment to thank Tammy for accepting my apology," Kirk said. "I wasn't thinking, it was a mistake on my part."

"The problem is that he often says things that he doesn't think through," said Duckworth.

In a hypothetical question on how each candidate would work with Donald Trump if he were to get elected, both had surprising answers.

"Given his personality, I'd probably have a lousy relationship with him," said Kirk. "I don't expect him to win."

"I will work with Donald Trump when his policies are for the good of the country when they make sense and are logical but I'm not going to oppose somebody every step of the way," said Duckworth.

"The person who's been spending money to get us into the mess that we're in is sitting right next to me. He's been there for those votes," said Duckworth.

"She wants to spend more and tax more and borrow more and push us deeper into the red," said Kirk. "I want to spend less and tax less and get us out of the red."

During the debate, Kirk showed on his Spanish language skills. Later, during a news conference, Duckworth spoke Thai, the language of her immigrant mother.

The candidates also differed vastly on Obamacare, marijuana laws and the federal deficit.