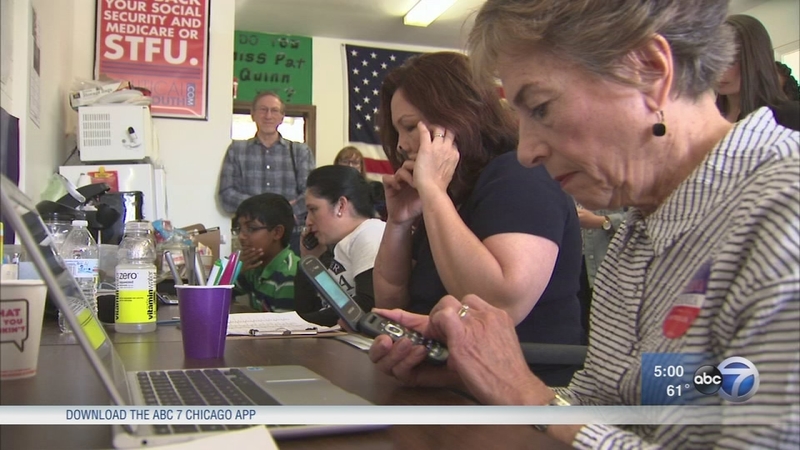 CHICAGO (WLS) -- The U.S. Senate race is one of the contests sending a lot of voters to the polls in Illinois.

Washington is watching this race closely.

It's the final push. Duckworth worked a phone bank while Kirk thanked his volunteers.

Seeking his second term in the Senate, Kirk acknowledges he trails Duckworth in the polls, something he says comes with the territory of being a Republican in a blue state. However, Kirk said his past victories are proof he can pull an upset.

"People are surprised by a Kirk win on Election Day, remember we never had a Senator Giannoulias, Congressman Seals, when they were predicted to win," Kirk said.

Kirk is hoping his early stance against Donald Trump as well as his fiscally conservative and socially moderate views will sway independent and undecided voters.

With a full campaign schedule Monday, Duckworth says she not taking her lead for granted.

"I learned from the Army, you never give up on the mission before it is accomplished, you work as hard as you can," Duckworth said.

Duckworth is counting on her Democratic base, specifically women. With so many female candidates on the Illinois ballot this year, Duckworth has dubbed it the estrogen election.