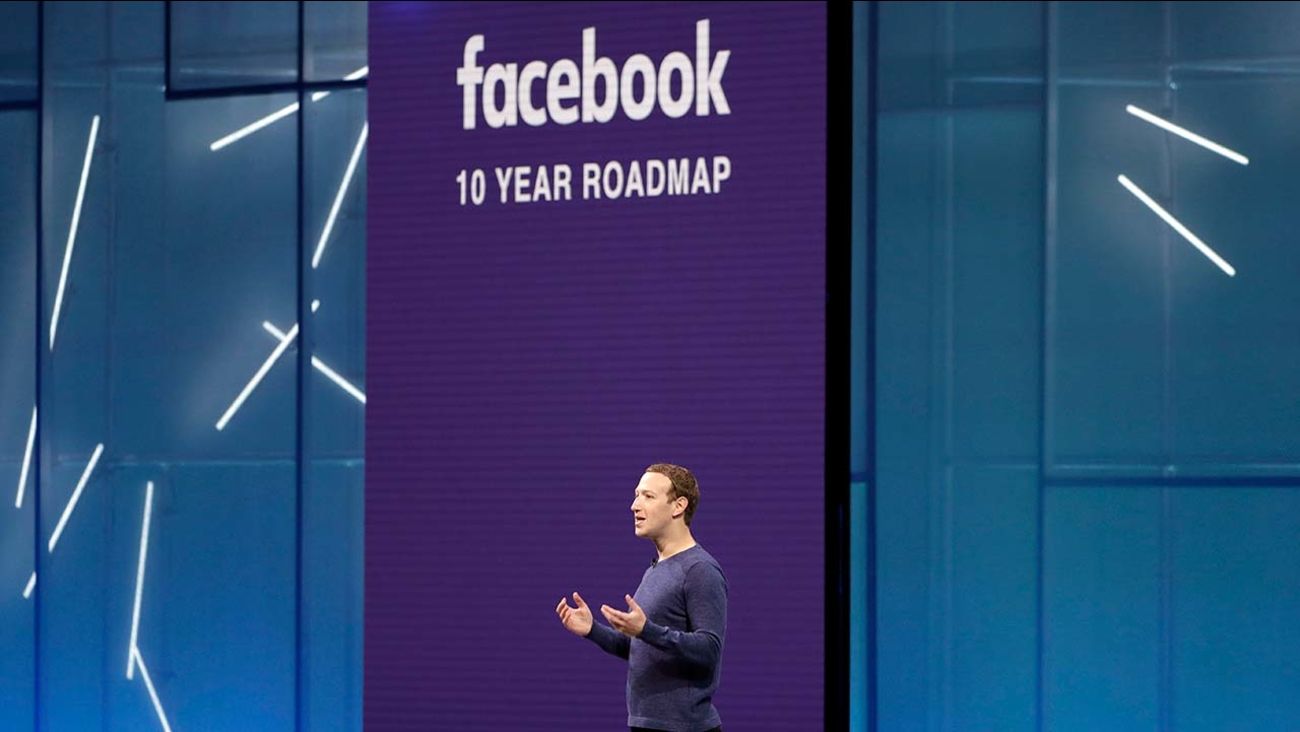 The two day event kicked off at 10 a.m. with a keynote address from C.E.O. Mark Zuckerberg.

The social media giant has faced a lot of criticism recently over security and privacy issues.

"Some of the data privacy concerns have resulted in reduced permissions for developers to access data. So they have a lot of questions. I think the tone is going to be hopefully positive but I think also conciliatory at the same time," said Williamson.

Representatives from Tastemade arrived in San Jose for the two day event.

The online lifestyle company for food, travel and home design has noticed changes recently to the Facebook algorithm.

Mark Zuckerberg promised more posts on your feed from family and friends and less from businesses, brands and media.

Tastemade wants to make sure they make the cut.

"What we try to do is work closely with Facebook and follow their branded content policies and what not to make sure we give them the best user experience to our fans," said Stephanie Shim, a Tastemade representative.

Zuckerberg says the company is working on a feature that allows users to clear their browsing history from the site and prevent it from keeping tabs on link clicks going forward.

Zuckerberg warned that the service won't be quite as good if users take this step, as it has to relearn their history. But he added the goal is to put more power into its users' hands to determine what they want to share.

The company is also ready to launch a portable headset that it's counting on to transform the geeky realm of virtual reality into a mass phenomenon.

The $199 device, called the Oculus Go, is going on sale Tuesday. Facebook CEO Mark Zuckerberg announced the company's plan to make the headset six months ago.

Oculus Go is different from other virtual reality devices that require smartphones or a cord tethered to a personal computer to cast people into artificial worlds or show three-dimensional videos.

The need for additional equipment is one of the reasons virtual reality, or VR, has had limited appeal so far.

Zuckerberg is counting on the Oculus Go to widen the audience for VR, as Facebook tries to deploy the technology to reshape the way people interact and experience life, much as its social network already has done.

Facebook is also dipping its toes into the online dating scene. Zuckerberg said to laughs that the new tool is "not just for hookups" but to build "meaningful, long-term relationships."

That is, if you want. The feature will be opt-in, meaning you have to choose to use it. Zuckerberg also stressed that the feature was built with privacy and security in mind from the start. The company has been under fire recently for possibly not doing this with some of its features over the years.

Zuckerberg also said the dating feature will not suggests users' friends to date. This is already what other dating apps that rely on Facebook data do, such as Tinder.

Click here for more information on the F8 Developer Conference.