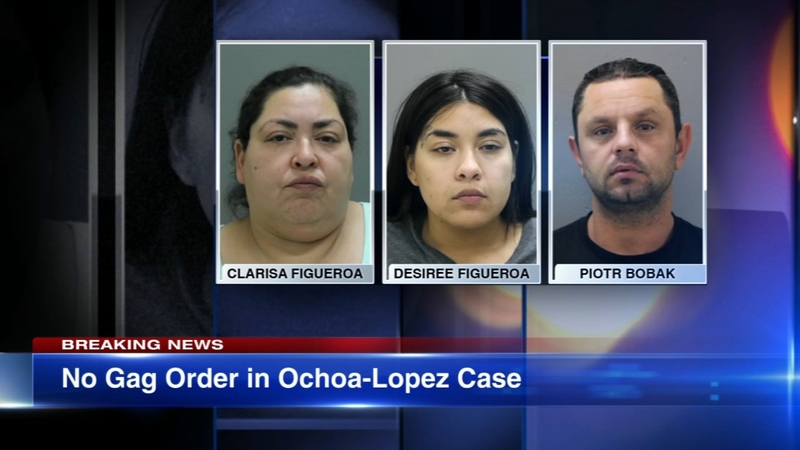 CHICAGO (WLS) -- Three people charged in connection with the death of a pregnant mother and the removal of her unborn child from her womb were in court Tuesday.

Clarisa and Desiree Figueroa are accused of strangling Marlen Ochoa Lopez last spring. Ochoa-Lopez' baby died later at a hospital. Desiree's boyfriend, Piotr Bobak, is accused of trying to cover up the killing.

The defendants wanted the judge to issue a gag order against the victim's family- including Ochoa-Lopez's husband, but the judge did not issue the gag order.

All three defendants have pleaded not guilty and remain in custody without bond.