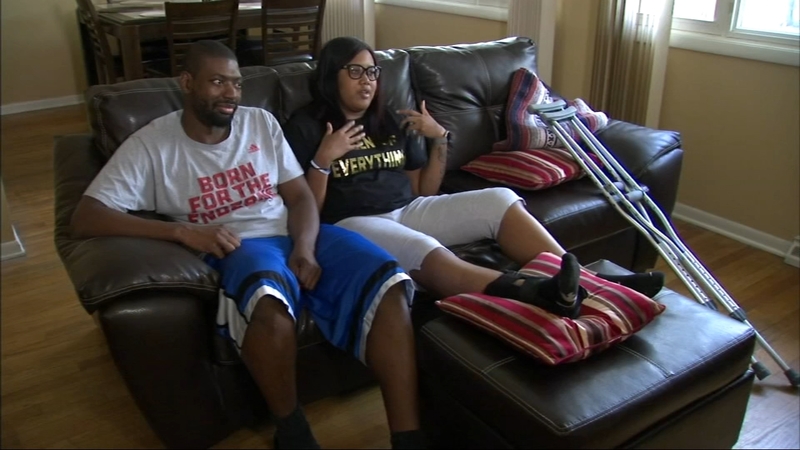 JACKSONVILLE, Fla. (WLS) -- A Chicago area couple who was at a video game tournament in Jacksonville, Florida, arrived home Monday morning with just a minor injury and talked about their escape from the deadly mass shooting on Sunday.

"Everyone running for their lives, people were being trampled, people were hiding, everybody was screaming in fear," said Marquis Williams, a pro gamer from Chicago.

Williams and his girlfriend, Taylor Poindexter, were at a video game tournament in Jacksonville Sunday when shots rang out. They were about 20 feet away from the shooting.

Both Williams and Poindexter were competitors in the tournament and had just sat down to eat when they heard shots, which Poindexter said sounded like a balloon popping.

Then, people were running.

"It was chaos," Williams said.

The scariest moment for the pair was when they saw the gunman as they were trying to escape. They hid in a cargo elevator that wouldn't open.

A livestream of the competition captured part of the shooting.

Three people were killed, including the gunman, identified as 24-year-old David Katz.

RELATED: Who is David Katz? What we know about the Jacksonville Madden shooting suspect

Poindexter was among the 11 others who were hurt. She sprained her ankle trying to escape.

"My ankle was out and we made it around the corner for safety, so thank God we were able to do that," she said.