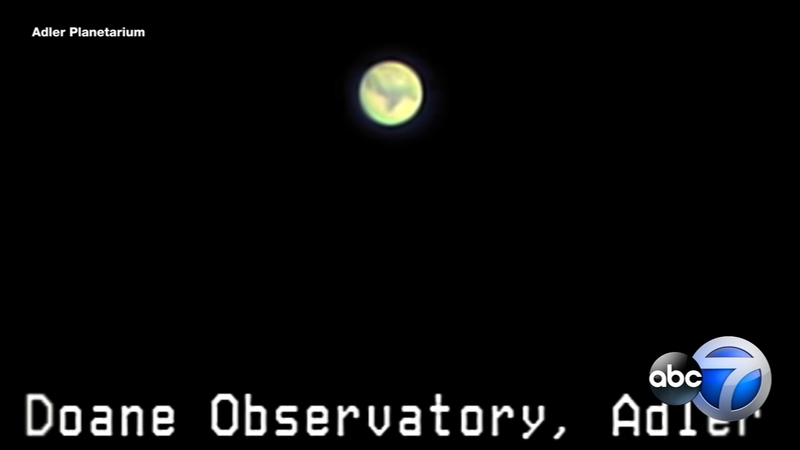 Mars will be the closest it has been to Earth in 15 years overnight Monday into Tuesday and the Adler Planetarium is celebrating with free public viewing as the moment approaches.

The Red Planet, she explained, has been moving closer to Earth for weeks. But in the early morning hours Tuesday, the two will be as close as they're going to get until 2035.

"Normally Mars is fairly boring. It's fairly small through our telescope. So a lot of the time, we ignore it," Nichols said.

But during this rare event, that changes.

From 9-11 p.m. Monday night, there will be telescopes set up on the planetarium's eastern side (next to the Doane Observatory). Visitors will have a chance to look up at Mars and also hold a piece of it in their hands, in the form of a small meteorite.

If you can't make it to the Adler and don't have access to a telescope at home, you can watch a live picture from Adler's Doane Observatory here. ABC 7 will have live coverage on our Facebook page around 10 p.m. from the Adler Planetarium as well.