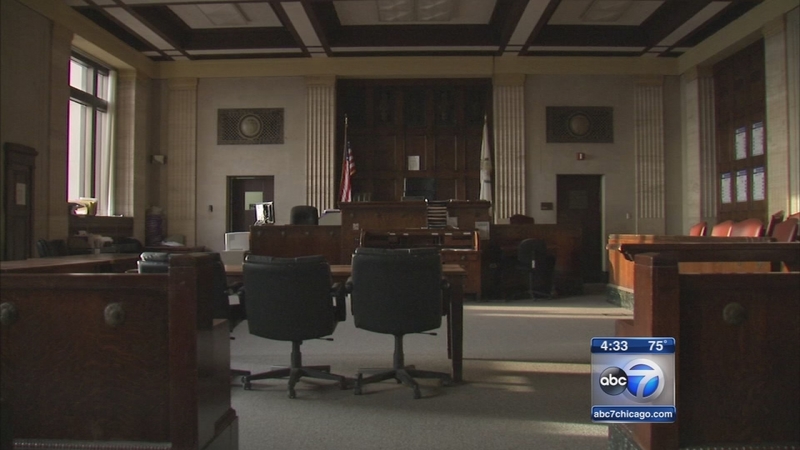 CHICAGO (WLS) -- Voters in Illinois will cast their ballots in the upcoming election on a proposed constitutional amendment called the Crime Victims' Bill of Rights.

For most of her adult life, Jennifer Bishop Jenkins has been an activist for victims' rights. Twenty four years ago, Jennifer's sister Nancy Langert - three months pregnant - was murdered along with her husband in their Winnetka townhouse. David Biro, who was 16 at the time, was convicted of the cold-blooded killings.

Jennifer's family wanted desperately to address the court at Biro's sentencing, but they got a call the day before saying it's a mandatory sentence- so don't bother coming.

It's happened to others over the years. Crime victims not informed of court dates, in some cases they've not been told of hearings that could lead to the accused being released. Legally, they're supposed to be informed, but when they're not, there's nothing they can do about it.

"Innocent victims of crime never ask to become part of the criminal justice system, and we need to do everything to protect this right and allow their voices to be heard," Illinois Attorney General Lisa Madigan said.

Supporters of what's called "Marsy's Law" are pushing a "yes" vote on a constitutional amendment that will be on Tuesday's ballot. The amendment would give crime victims legal standing. If they're not notified of court dates, if they're told never mind the victim impact statement, they can go to court and legally insist on being heard. It's still an issue for Jennifer's family because of appeals that have convicted killer David Biro back in court 24 years later.

"And he's already had three hearings in court before I was ever told. This happened just this past year because it's an appeal process and we're not legally required to be notified," Bishop Jenkins said.

That would change if the constitutional amendment is approved. Illinois has had a Crime Victims' Bill of Rights for 22 years that the courts try to honor, but sometimes they fail by accident or intent. This would enforce the bill of rights, giving victims like Jennifer Bishop Jenkins and her family the ability to insure that their victim impact statements - the story of what crime has done to them - is part of the court and public record.