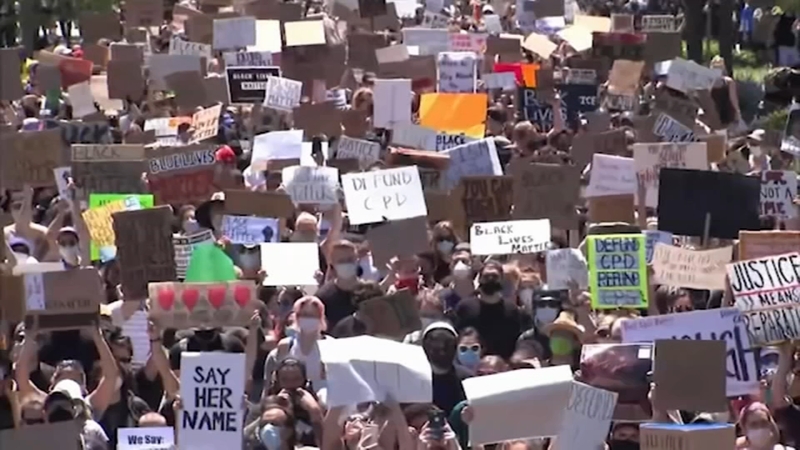 CHICAGO (WLS) -- A new generation of activists in the Black Lives Matter movement have picked up Dr. Martin Luther King's mission for justice and equality, and are now carrying on his legacy.

Last summer millions of young people took to the streets across the country after the police killing of George Floyd in Minneapolis.

"This past summer definitely made a lot of people put into perspective, kind of moving this very elitist form of, like, being an activist and organizer, and people kind of seeing that it's more attainable," said Alycia Kamil of GoodKidsMadCity.

This new generation is carrying on the Civil Rights Movement.

"It definitely is, like, something to say that it's been decade and we're still working towards, like, human rights," Kamil said.

"I think what happened in the Civil Rights Movement encouraged a lot of the activism and organizing taking place today," said Carlil Pittman, GoodKidsMadCity co-founder. "And it has found a way to enhance itself over time."

In the 1950s and 1960s, activists relied on television to spread their message. Now, with social media, those fighting for justice and equality have a much larger platform.

"I think social media is actually a very, very comprehensive tool that we can use to activate people, and I think awaken people and communicate to people what our message is," said Jalen Kobayashi, GoodKidsMadCity.

"There's a much more receptive audience for this conversation in white America than there ever was in the middle of the 20th century, and that's a great thing," said Alvin Tillery, Northwestern University Center for the Study of Diversity and Democracy.

"Black Lives is a very powerful statement of our time," he said.

Tillery said King left a profound impact on this country.