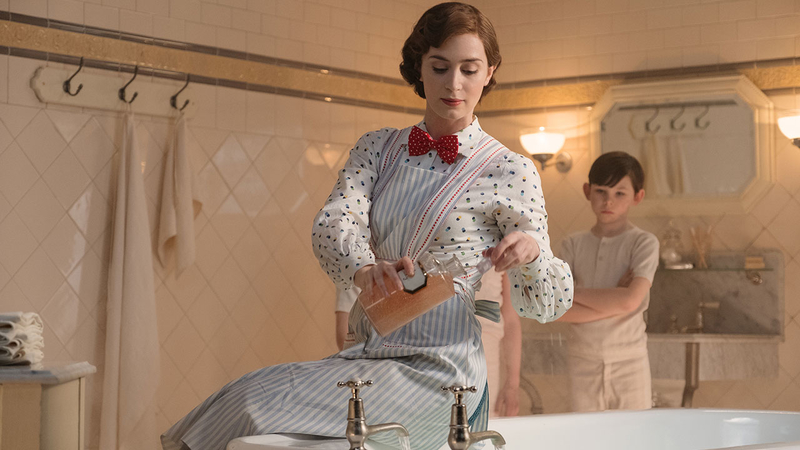 If early predictions prove true, Mary Poppins Returns is poised to be practically perfect Oscars fodder, just like its predecessor was 54 years ago.

The original was one of the most-nominated films in Oscars history, and the long-awaited sequel has awards season experts buzzing about its potential.

Here's a look at how the original fared at the Oscars and what you can expect for the sequel.

The 1964 film was nominated for 13 awards, coming away with an impressive five wins.

Though the category names have changed, the 2018 sequel is getting buzz for several similar aspects of the film, including Emily Blunt's turn as the beloved titular character and the film's music.

RELATED: Oscar nominations announcement and other dates to know

Here's an early look at the categories for which it could get nominated in January:

Best Picture: The Best Picture category is the largest category with 10 slots. With a Golden Globe nomination for "Best Motion Picture - Comedy Or Musical" as well as a Best Picture nomination at the Critics Choice Awards under its belt, Mary Poppins Returns is certainly a name you could hear on nomination day for the top prize.

When the Screen Actors Guild Awards nominations were announced, Emily Blunt broke through into the competitive "Outstanding Performance by a Female Actor in a Leading Role" category. That and the rave reviews about the film's casting have awards experts forecasting Blunt as a contender to be among the five nominated in the Best Actress category for the Oscars.

This dance number, led by Hamilton creator Lin-Manuel Miranda as Jack the leerie, would certainly add an element of fun to the Oscars telecast if it were to be performed as a Best Original Song nominee. It's one of the more lively songs on the Best Original Song shortlist released in mid-December.

Best Original Song, "The Place Where the Lost Things Go"


The more tender of the film's Best Original Song entries is a lullaby Mary Poppins sings to the children, who have recently lost their mother. Try listening without getting choked up -- not even Blunt herself could do it. She told Cinema Blend, "I was so incredibly moved by it that I found it virtually impossible to get through it the first few times I sang it."

Best Original Score: Out of 156 eligible scores this year, just 15 made the shortlist, including Mary Poppins Returns. Marc Shaiman, a prolific composer who often writes for comedies and musicals, would score his sixth Oscars nomination if Mary Poppins Returns made this year's top five scores.

Best Visual Effects: Just like the original, which scored an effects nomination, an abundant use of movie magic is employed to create the adventures of Mary Poppins and the Banks children. The field of potential nominees has narrowed significantly in the Best Visual Effects category. Mary Poppins Returns is among just 10 on the shortlist.

Best Costume Design: The costumes were designed by Oscars darling Sandy Powell, who has three wins and no less than 12 nominations. Powell told The A.V. Club that, since Mary Poppins Returns was her first movie musical, one of the most interesting parts of the gig was working with dancers to create costumes that worked for the elaborate dance numbers.

Best Sound Mixing: Mary Poppins Returns has also been praised for its sound, particularly its sound mixing. Oddsmakers have it in the top five in the category, meaning a nomination could very well be in the future for Michael Keller, who would be a first time nominee, Mike Prestwood Smith, who has a prior nomination under his belt, and Oscar winner Simon Hayes.