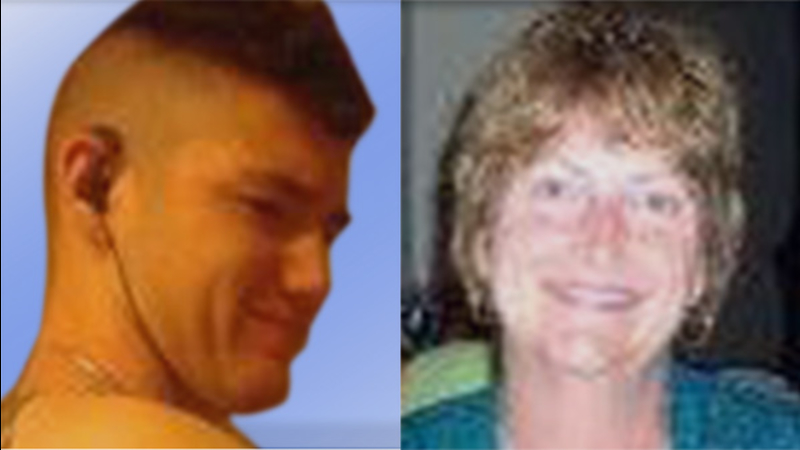 ALLENTOWN, Pa. -- Police say a man is charged with stabbing a Lehigh County woman to death and the victim's daughter is also facing charges in connection to the crime.

Caleb Barnes, 20, of Fort Meade, Maryland, is charged with criminal homicide, abuse of a corpse and statutory sexual assault.

Authorities say police found a parked vehicle in South Whitehall Township with a large pool of blood inside at about 4:15 a.m. Monday. Police said the car later disappeared, but officers noticed that dirt had been disturbed and found the body of 54-year-old Cheryl Silvonek buried.

She had been stabbed repeatedly in the neck and buried in the shallow grave.

Investigators then went to Silvonek's Upper Macungie Township home where they found Barnes along with his 14-year-old girlfriend, who is also the victim's daughter.

Investigators say not only did Barnes confess, but he told them his girlfriend tried to help him after the murder by buying a few items at a local store.

The 14-year-old is being charged as a minor for evidence tampering, abuse of a corpse, and hindering apprehension.

Jean Macri says she used to work with the victim's husband at a local supermarket and that he was quick to help her when she went through a family crisis.

"He went out of his way to help me with my hours and anything that I needed. So if you need anything, just call me," Macri said.

Barnes is being held without bail.