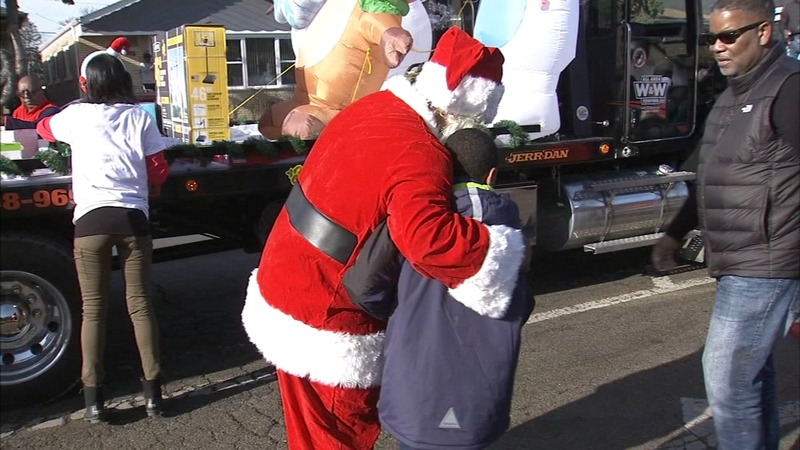 Chantell Grant and Andrea Stoudemire were both members of Mothers Against Senseless Killings, or MASK, and were both gunned down in a drive-by shooting in July as the group tried to reclaim a violent street corner in hopes of making it safe again.

"Our mothers are heroes, and just restoring the faith that it's good in Engelwood," said 16th Ward Alderman Stephanie Coleman.

Stoudemire's 19-year-old daughter Britiny Johnson has been raising her 15- and 11-year-old since her mother's murder. They, along with three of Grant's four children looked on in wonder as a flatbed tow truck pulled up, spilling over with Christmas presents.

The kids appeared overwhelmed, but thankful.

"It's been very hard, yeah," Johnson said of their lives since their mother died.

"It makes a huge difference," said Breanna Bolling, Grant's sister. "They're taken care of, but their mother isn't here. So this helps a whole lot."

Local businessman Early Walker is behind the kindness; he's been helping families in need during the holidays for the last four years. And it wasn't just toys, but also groceries, clothing and gift cards that arrived at the families' doors.