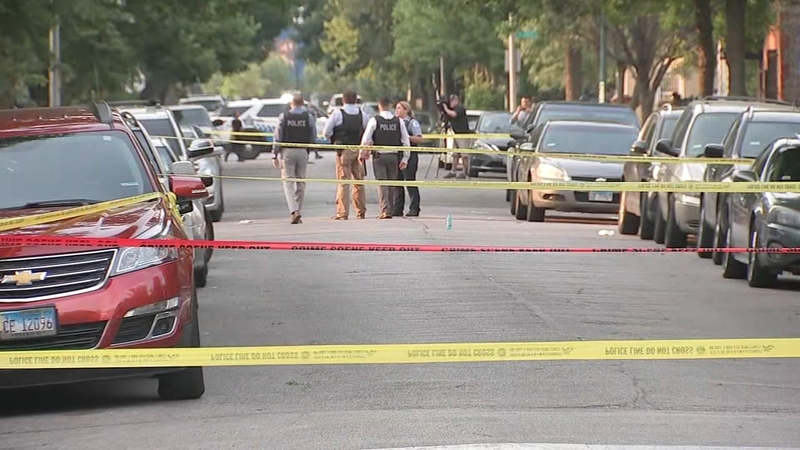 Teen killed, 9 others shot at 2 scenes in North Lawndale

CHICAGO (WLS) -- A teenager was killed and 9 other people were wounded in two separate shootings in Chicago's North Lawndale neighborhood Wednesday evening.

Chicago police said five people, including two teenagers, were wounded in the first shooting near W. 13th St. and S. Christiana Ave. around 6:05 p.m. The victims ranged in age from 14 to 22 years old, police said.

Police are looking into whether the two shootings were related. No other details on the circumstances of either shooting have been released.

Chicago police said there is a lot of work ahead of them and are hoping the community may be able to help fill in the gaps of what happened.

"This is becoming an effort where we're going to need a all-hands-on-deck approach," said Chicago Police Deputy Chief Ernest Cato. "And that approach is going to involve our community. Our community getting involved and saying what's going on. Our community who has cell phone pictures, who has Facebook information. We're gonna need your help."

No one is in custody at this time. Area 4 detectives are investigating.