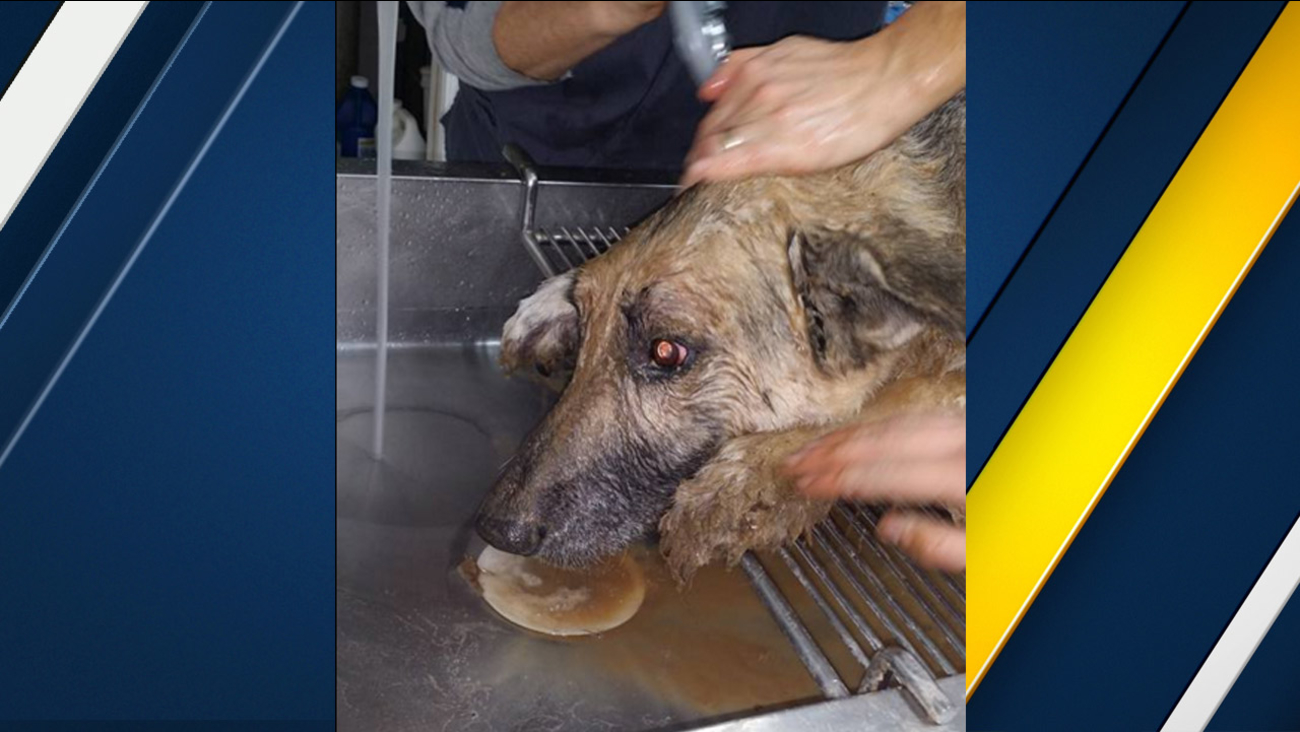 Maverick, a German shepherd who was rescued from a sinkhole, gets the mud rinsed off him by rescue personnel in Missouri. (Photo Courtesy Southern Platte Fire Chief Richard Carrizzo)

The dog, named Maverick, previously survived being hit by a car and walking into a raccoon trap before he was adopted by his forever family.

Maverick pushed past his invisible fence and slid headfirst about five feet down and another five feet sideways into a sinkhole. Emergency personnel responded and saved Maverick after he had been in the hole for 72 hours.

SPFD performs a dog rescue after he falls in a sink hole. Been missing for 72 hrs. Glad family is back together! pic.twitter.com/2gpM1mYFXv