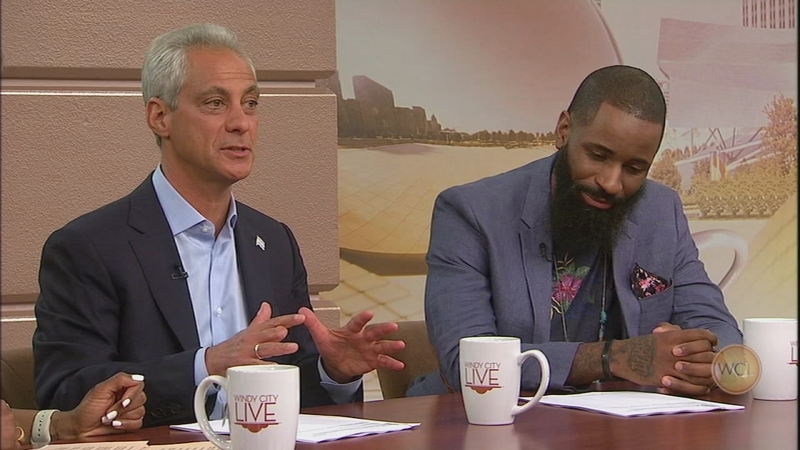 Mayor Rahm Emanuel and local poet Harold Green stop by to tell us what they have planned for this Father's Day.

Mayor Emanuel met Green shortly before his second inauguration in 2015. The mayor was so moved by Harold's poem "Something to Live For" that he invited Harold to perform the inspirational piece at the inauguration.

Since meeting in 2015, Mayor Emanuel and Green have become friends and, despite their different backgrounds and experiences, they share a common bond -- fatherhood.

They've often talked about the joys and challenges of fatherhood and the mayor has stopped by local clubs to see Green perform onstage.

On Sunday, which is Father's Day, Green will host a very special Father's Day party at the Promontory in Hyde Park on Chicago's South Side. There will be live music, performances, and many local fathers will be recognized for their outstanding contributions. Mayor Emanuel will also join Green for the special celebration.

For more information about Harold Green, visit his website: http://haroldandthebeard.com/

FFTL Father's Day Dance Party hosted by Harold Green at the Promontory will be held from 2 p.m. to 5 p.m.

For tickets and details, visit the Promontory website:
http://promontorychicago.com/?event_id=7370085