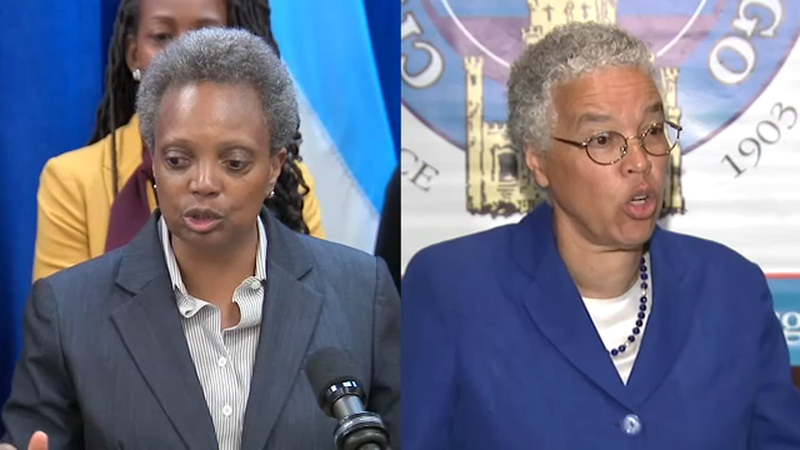 The simmering feud between Mayor Lori Lightfoot and Cook County Board President Toni Preckwinkle may be cooling off as the two leaders had a face-to-face meeting on Monday to discuss ways they can cooperate on violence prevention and other issues.

The pair's feud has played out publicly over the past two months, even while staff from the two offices have been working together. The meeting that Preckwinkle requested more than a week ago finally happened on Monday.

Their 5th floor offices are separated by only a few hundred feet and the barrier that once blocked the hallway between the mayor's office and the Cook County board president's office is open these days. Now the lines of communication appear to be, too.

"We'll be meeting soon and hopefully some areas of possible collaboration will emerge from those meetings," Preckwinkle said.

"Let me be clear: I am the mayor of the city, I'm not a reality TV star. There's certain parts of my public life that are obviously open for fair discussion, I think we try to be as transparent as we can, but the personal relationships and what we're talking about, I'm not going to get into that," she said.

The bad blood started when Lightfoot trounced Preckwinkle in the mayoral election. Things escalated over differences in what the two women believe to be the cause of violence in Chicago and whether bond reform was allowing violent criminals back out on the streets. Now the two leaders appear willing to put their rivalry behind them.

"Well, we met in July and the county shared a number of areas where we thought cooperation and collaboration was possible and would be useful, and we'll see what materializes," Preckwinkle said.