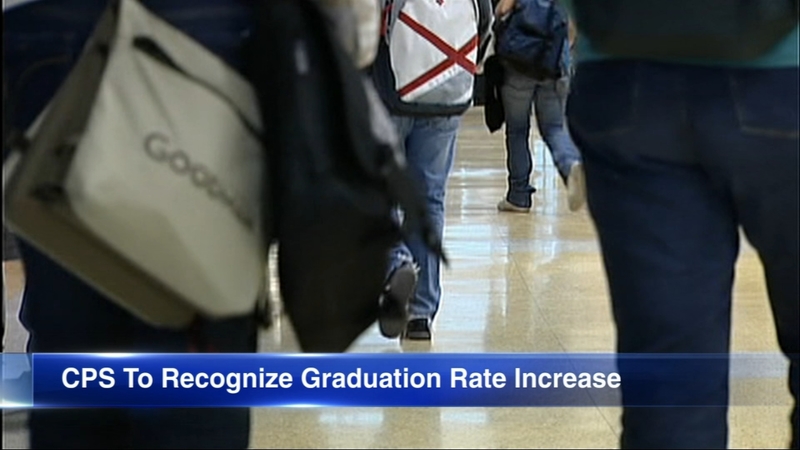 CHICAGO (WLS) -- More Chicago students are getting their high school diploma than ever before.

The Mayor's office along with Chicago Public Schools will celebrate students' progress Thursday as they recognize the increased graduation rate of 78.9 percent- a record five-year high for Chicago students.

According to a press statement, The City Club of Chicago, Mayor Lightfoot and CPS CEP Dr. Janice K. Jackson will hold an official announcement to commemorate the students' success.

Mayor Lightfoot is scheduled to speak on the progress at luncheon on Thursday ahead of her State of the City address.

The mayor's office says African-American students have consistently shown the biggest improvement over the years.

In attempt to maintain the students' momentum, the district says it plans to invest more in to in International Baccalaureate (IB), AP and STEM programs.