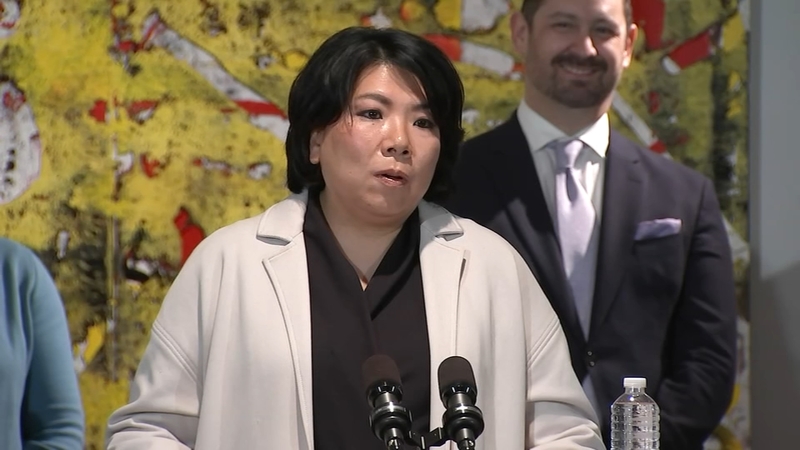 CHICAGO (WLS) -- Mayor Lori Lightfoot made history as she selected Nicole Lee to serve as 11th Ward alderman. She is the first Asian American woman to serve on the Chicago City Council.

Lightfoot introduced Lee Thursday afternoon at the Zhou B Art Center in the heart of the 11th Ward.

"It was holy cow. This is really happening," Lee said. "It was exhilarating and scary."

Lee beat out 26 other applicants to be nominated to replace convicted felon Patrick Daley Thompson in the ward that has been a Daley family stronghold for decades.

"I'm ready to roll up my sleeves and move the 11th Ward in a new direction," she said.

Lee grew up in Chinatown and still lives there. The community will become part of the 11th Ward in the remap.

"I know that the 11th Ward residents are looking for a leader that's transparent, accountable, and operates with integrity," Lee said. "I know this, because I'm one of those residents."

Her father Gene is a mainstay here, and formerly served as a deputy chief of staff for Mayor Richard M. Daley. In 2014, he pleaded guilty to stealing $92,000 from a pair of Chinatown charities. He was given probation.

The Lee family was sitting up front Thursday, reveling in this the historic moment.

"It's humbling to be very truthful," Gene Lee said. "And having worked in government, I always remind myself it was an honor to serve."

Lightfoot said Lee was really the only choice for this nomination.

"I have every confidence that through her life experiences, and particularly her experience in living in this ward that she is ready," Lightfoot said. "Nobody props you up when you step forward as an elected official."

Lee is a single mother with two boys. When asked why she would leave a high-paying corporate job with United Airlines to serve on the city council, Lee said she feels called to serve.

"If we don't have leaders who are willing to step up and do the hard jobs, we shouldn't complain about what's going on in our neighborhood," Lee said.

She said her first priority will be to get to know the residents in the ward. Safety is also a big concern.

"Overall what guides me is a really simple, simple goal," Lee said. "And that's just do good in the world in whatever way that is, in making every action count."