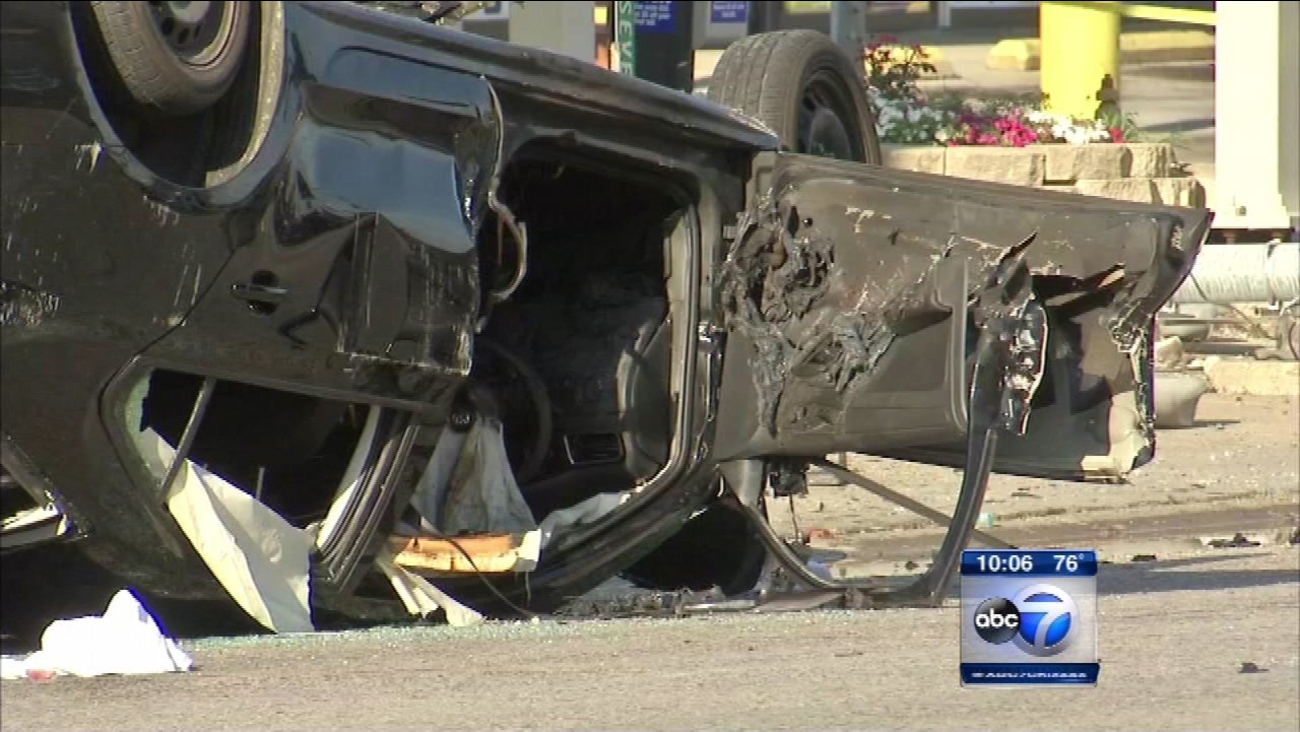 MAYWOOD, Ill. (WLS) -- One person was killed and another injured after a fiery rollover crash in west suburban Maywood.