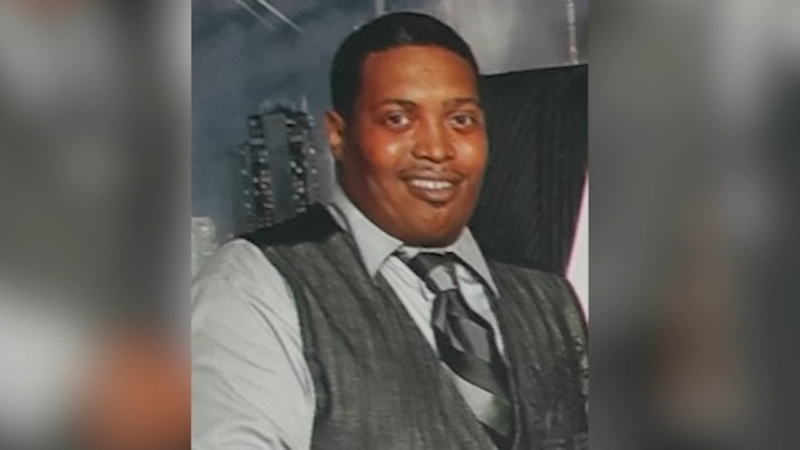 Maywood Fire Chief Craig Bronaugh, Jr. said firefighters received multiple calls about a fire at a residence in the 100 block of 9th Ave. Sunday around 1:55 a.m.

As firefighters battled flames on the ground floor of the home, they discovered a man and a woman, both unconscious, Bronaugh said.

But family members said that despite doctors' best efforts, 54-year-old Cedric Brown did not survive.

Brown's uncle, Stanley Tyson, said they were together Saturday night, before the fire.

"He dropped me off around 8:30," Tyson said. "We were supposed to go to the Salvation Army today."

Brown was a father of two who often volunteered at the Salvation Army.

"He was a very fun loving person," Virginia Harper said of her cousin. "He loved, loved his family. Every time you see him, he was always joking and laughing."

It took firefighters 45 minutes to get the blaze under control, which investigators said appears to have begun in the front room of the first floor a little before 2 a.m.

Lee Martin lives in the upstairs apartment of the house. He managed to get out on his own.

Martin said he ran down the back staircase when he saw the flames and drove to the fire department to get help.

"I'm feeling blessed this morning, because anything could've happened during a time like this, " Martin said.

MAYWOOD—Fire chief tells me firefighters rescued 2 people, a man & a woman, from Maywood blaze at 115 S 9th Ave early this morning. Chief says both were unconscious when rescued. A third adult who lives upstairs made it out safely, per the chief. More LIVE @ABC7Chicago. pic.twitter.com/4jufjTl0GL

Illinois State Fire Marshal is investigating the cause of the fire.