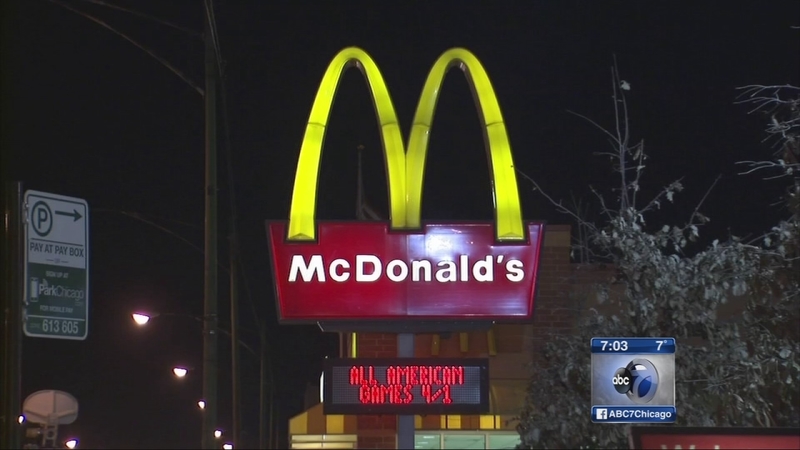 CHICAGO -- Police are investigating a shooting inside a McDonald's in Chicago's Brighton Park neighborhood.

Police say a 28-year-old man was shot twice around 2:45 p.m. Monday inside the McDonald's at 3867 South Archer. He was transported to Mt. Sinai in stable condition with a gunshot wound to his hip.

The victim's mother said her son, Edwardo Castro, is going to be OK. She said he was with his three young children at the time of the shooting, and thankfully, no one else was hurt.

"I guess two girls were in there - this is what I'm hearing - two girls were in there, seen him walk in, made a phone call and these guys came in and shot him," said Linda Rutledge, victim's mother. "He's got one bullet still enlarged (sic) in his leg. But he's doing fine, thank God. I just pray to God that he's all good."

Chicago police cordoned off the restaurant with people still inside. Detectives are talking to witnesses and other customers at the McDonald's.

McDonald's released a statement, "We care greatly about the safety of our customers and our employees and our thoughts are with the victim. We are cooperating with the Chicago Police Department, however, as this is an ongoing investigation it would be inappropriate to comment further at this time."

Castro's mother and uncle said the shooting could be related to her son's past gang ties.

Officials have not said how long the McDonald's will be closed.