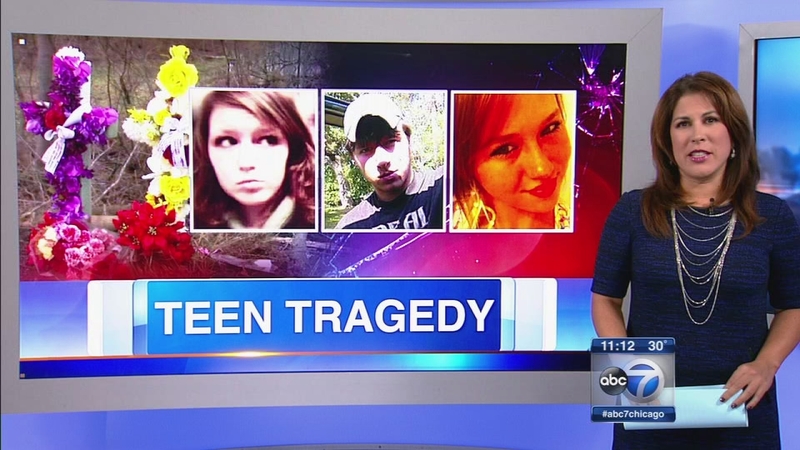 It's a loss that has devastated their families and their friends. The three were said to be very well-liked teens, all described as good kids who had graduated from high school just a few months ago.

"We were leaving Ace Hardware," said Ryan Michmershuizen. "We were going to his house to put some lights on my car. We were going to grab some wire, some switches, stuff like that."

They never made it home. 18-year-old James Seward, his girlfriend Promise Williamsen and their friend Kelly Cronin were all killed yesterday after Seward, who was driving, lost control of the vehicle as they travelled southbound on Lily Lake Road in unincorporated McHenry. Police say it was just after 2 p.m. Friday when the 1994 Chevy Camaro passed a slight right curve, veered off the road and collided with several trees. Today friends dropped off flowers in their memory.

Williamsen was studying to be an auto mechanic at McHenry County College.

"James and Promise have been together for quite a bit, I think since eighth grade," Michmershuizen said. "Had a great connection with each other. Stayed together. They both liked cars, worked on cars, had a passion for muscle American-made cars."

Kelly Cronin was also a student at McHenry County College. Her mother said she hoped to go to medical school to eventually become a pediatrician.

Investigators say all three teens were wearing their seatbelts and both front airbags deployed. They are still trying to determine what caused the crash.