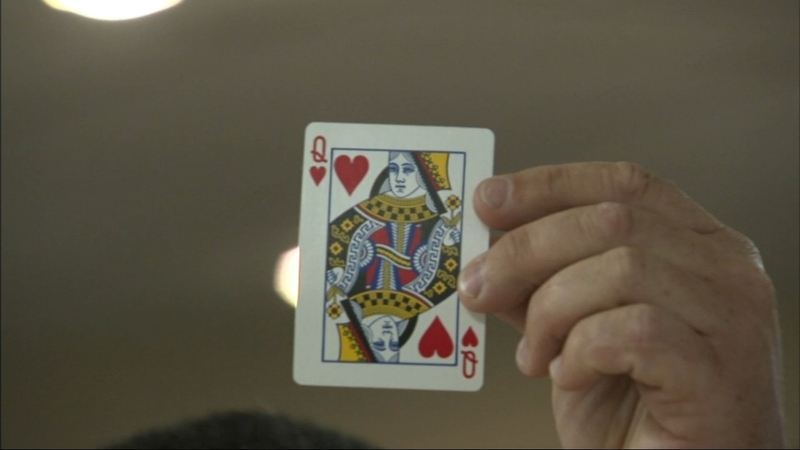 MCHENRY, Ill. (WLS) -- A man simply known as "Fred K." became a millionaire thanks to the McHenry Queen of Hearts drawing Tuesday night.

An audience of thousands hung on the opening of an envelope. Fred K. won roughly $2.7 million, half of the $5.438 million jackpot up for grabs in the VFW's raffle game.

"We only had two cards left," said Ben Keefe, chairman of the Queen of Hearts committee for the VFW McHenry. "It's a lot of money. Life changing."

The jackpot in this iteration of the wildly popular Tuesday night tradition swelled over 11 weeks. Regulars made the Tuesday night drawings like a weekly celebration, so the payoff was like a grand finale of a party.

But the question remains: was the winner in the room when their name was called?

"If they were in this room and didn't come forward and kept a straight face, I'd like to have them on my team for poker," Keefe said.

The multi-million dollar winner doesn't have to be present to take home the cash.

Aside from the jackpot there were $190,000 in other cash prizes up for grab. All of the winners, jackpot included, will get called by the VFW Tuesday evening, and nothing is expected to be settled tonight. If the VFW doesn't get ahold of them immediately they have 24 hours to call back and contact the VFW. It's up to the winners if they want to come forward publicly; it is not required for the prize.