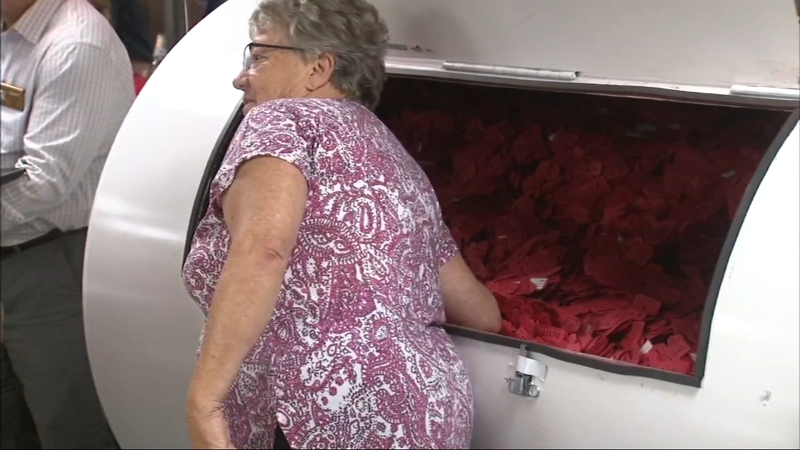 McHENRY, Ill. (WLS) -- A whole lot of money is up for grabs in McHenry. There was more than $6 million in the jackpot for Tuesday night's Queen of Hearts drawing at the local VFW post.

The game is so popular extra security had to be brought in.

There wasn't a jackpot winner Tuesday night, meaning the drawing will go on for another week, but next week will be the last.

With the jackpot up to more than $6 million, the VFW is drawing tens of thousands of people from all over buying tickets. They've got police directing traffic outside. Hopeful ticket buyers in tents and lots of players, each with his or her own system.

Lisa McCabe has a stamp to put her info on each ticket.

"It goes much quicker, you don't get a hand cramp anymore. We've been doing this a few years," said McCabe.

"This is a sequence. We've got a pattern here," said ticket buyer John Dattolo.

The systems, however, have all come up short so far. But regardless, they'll get one last chance next week.

The VFW has decided this has gone on long enough. They will keep pulling cards until they get a winner next week.

It's become a little bit overburdening for ourselves here and our facility," said VFW Manager Dwane Lungren.

They figure they sold about 1.2 Million tickets for this last week in the drum. They've ordered 2 million for next week. They hope that's enough.

McHenry VFW Post 4600 posted the rules below for next Tuesday's draw down. 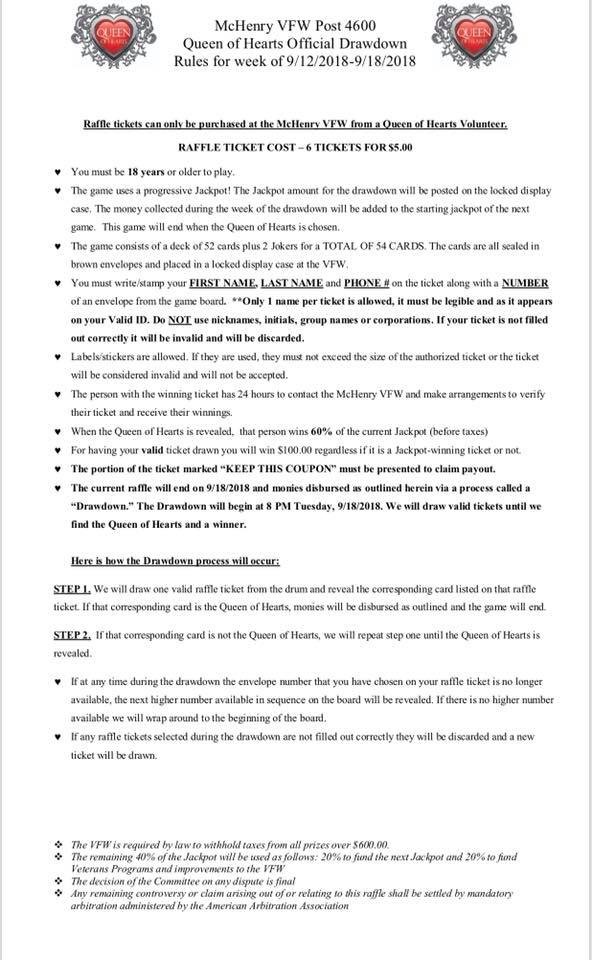