CHICAGO (WLS) -- New Jersey and Georgia are the latest states to be touched by the measles outbreak. However, the 121 people infected across the country, six of whom are in the Chicago area, are far fewer than during an outbreak in Chicago 25 years ago.

In the late 1980s and early 1990s, 2,000 cases of measles were diagnosed in Chicago. Kids were lined up around the block for vaccinations.

In a three year period, there were more than 55,000 measles cases reported in America. In just one year: Chicago had 2,200 cases and eight deaths. City schools turned away kids without proof of vaccination.

"Looking back to that outbreak in 1989-90, about 1-in-4 children was hospitalized because they were sick enough to be in the hospital and require that kind of care during the outbreak," Dr. George Goodlow said.

Today 98-percent of school-age children in Illinois have immunity. Waivers are only given for medical reasons or religious objection.

However, babies too young to vaccinate, like 5-week-old Maeve are at risk. Jill Woodworth has scaled back her older son's activities to limit exposure to Maeve.

"It's definitely a concern. I'm trying to leave the house less," Woodworth said.

In 1989, eight Chicago area people died from measles. Seven of them were children who had not had the measles vaccine. 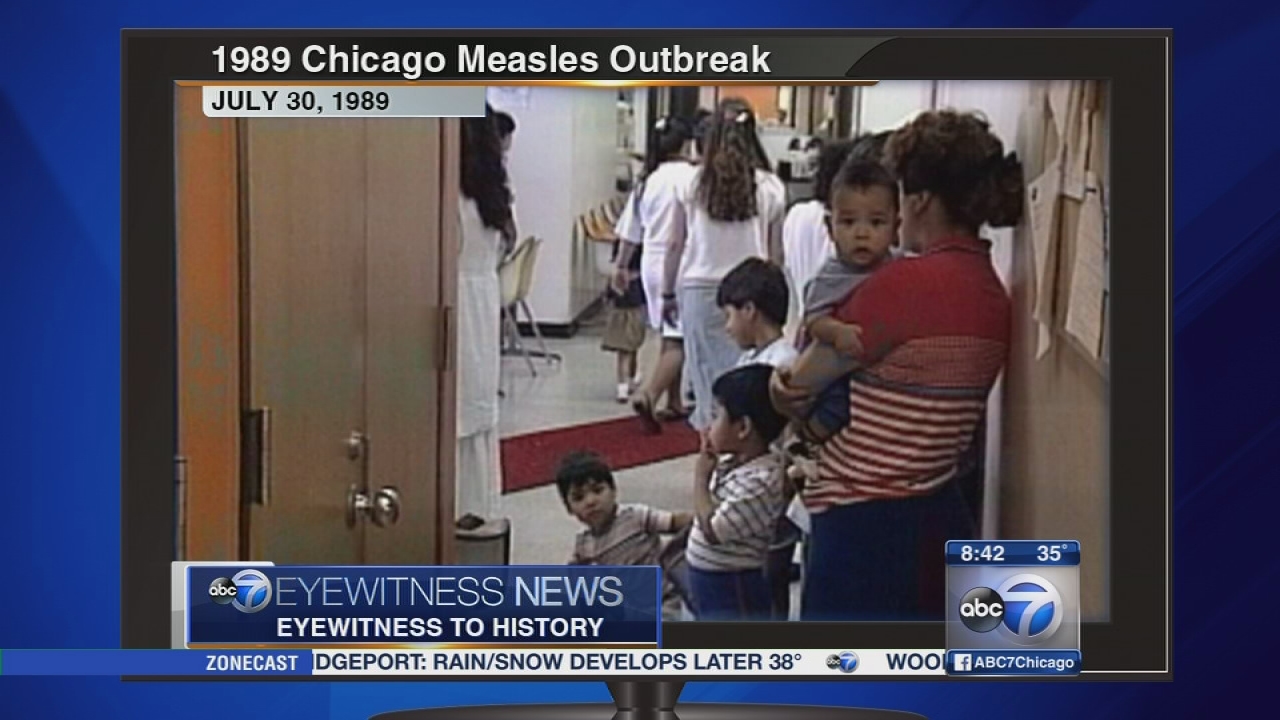