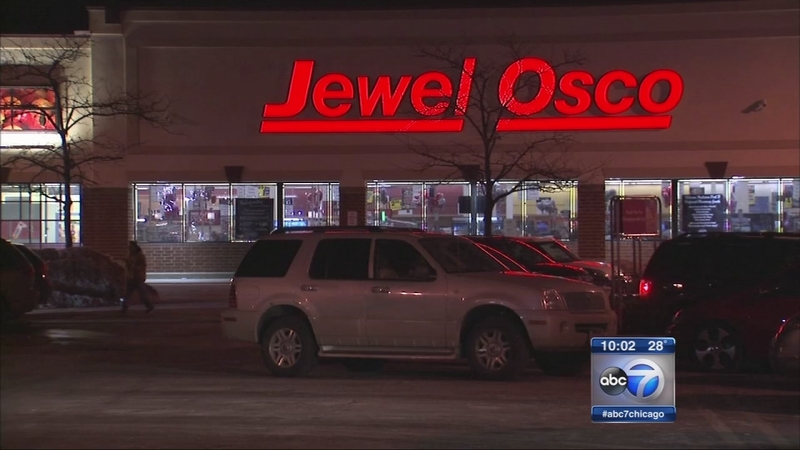 CAROL STREAM, Ill. (WLS) -- DuPage County health officials said potential measles exposures may have occurred to patients and visitors at a clinic in Bloomingdale, as well as a spa and grocery store in Carol Stream. At all three locations, there was a visitor from suburban Cook County who unknowingly had measles.

There are no cases of measles in DuPage County, but it can take up to three weeks for symptoms to arise.

DuPage County health officials said potential exposures may have occurred to patients and visitors at:

At the Carol Stream Jewel-Osco, one of the three affected locations, customers expressed concern Tuesday night.

"It's scary, you know. And our younger daughter is at the age where she's had one vaccination, but she's not old enough to have the second one yet. So you don't know what to think," said shopper Michael Mashal.

Last Friday, health officials say someone with measles was inside the store an unaware, at the time, of the infection. The company is notifying workers.

"If our employee wasn't sure of their vaccination status, they were able to work with the health department to get a vaccination," said Melissa Hill, a spokesperson for Jewel-Osco.

At the neonatal clinic in Bloomingdale, a doctor told me they had treated an 11-month-old baby on three occasions who was coughing, had a runny nose, and bronchitis-like symptoms. They were unaware that the child had measles. That infant, the doctor says, is one of seven measles-infected babies at the KinderCare facility in Palatine that reported an outbreak last week.

That doctor said most of the people at the clinic during those potential exposure periods were vaccinated, but as many as nine unvaccinated infants were at the facility on those three days.

"It's important for individuals to be informed and aware. The risk is overall low, but it's very important to take advantage of vaccination. And really, any individual who was potentially exposed, if they're vaccinated, the risk is extremely low," said Dr. Rashmi Chugh, DuPage County Health Dept.

A person who was potentially exposed and is experiencing symptoms of fever, cough, runny nose and red eyes with or without rash, should call their healthcare provider. These individuals should notify their physician or emergency department before seeking care by calling ahead, so that staff are able to take appropriate precautions to prevent others from being infected.

Health officials say vaccination is "critical to curbing the ongoing transmission." They urge anyone who has not received the measles vaccine, MMR, to do so. They say it is 99-percent effective in preventing the disease.

PROTECTING YOURSELF FROM MEASLES

Pharmacists at Mariano's are gearing up for an expected demand for vaccinations.

There is no treatment for measles and it can develop into pneumonia, which can be fatal. It has become a concern for many employers, who are charged with keeping a safe workplace.

"Most employers are taking the middle ground where they encourage people to get tested and to get the vaccination," said Paul Starkman, attorney.

Those born between 1957 and 1971 (when the vaccine was considered less effective), pregnant women, and those whose immune systems have been compromised can test their immunity to see whether they need the vaccine.

"If your immunity level is fine, then you don't have to take the other vaccination," said Sayed Ahmed, Any Lab Test Now.