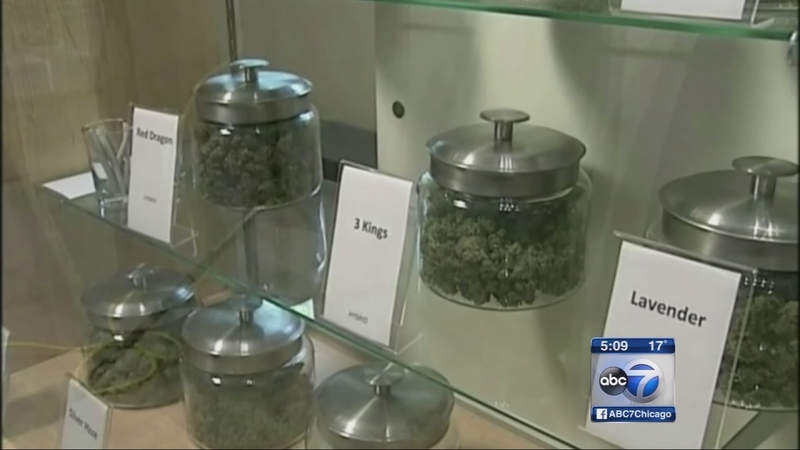 CHICAGO (WLS) -- A new social media campaign is drawing attention to the number of people in Illinois who say their lives would improve through the use of medical marijuana.

Right now about 4,000 residents qualify to receive medical marijuana at dispensaries throughout the state.

The sale of medical marijuana became legal in Illinois two months ago and has already generated more than $1.7 million in salse.

But the medicinal cannabis program is not being called a success yet. Industry officials say more illnesses should be added to the list that determines who can buy medical marijuana here.

"Unless more patients are added to the potential pool of people who can purchase medicinal cannabis, I'm not quite sure how the program will sustain itself," says Michael Fine, co-chair of the Medical Cannabis Advisory Board.

The board is comprised mainly of medical professionals. Fine's experience with medical marijuana came after he lost his left arm in a car accident and started suffering from chronic residual limb pain. He says he wanted a holistic treatment after taking a long list of narcotics.

"The cannabis doesn't take the pain away as much as it takes my mind off of the pain and allows me to function in a way the narcotics don't," Fine says.

Fine was appointed to the board by Governor Bruce Rauner. So far, the board has come up with a list of eight conditions including Post Traumatic Stress Disorder to add to the nearly 40 qualifying conditions for medical marijuana.

But Rauner rejected an earlier similar proposal, so now, advocates have launched a social media campaign called "Approve the A8" with testimony from people who say medicinal cannabis has improved their quality of life.

"We ask him to hear the people of Illinois and what we're asking for. This program is safe and people are getting well," says Caprice Sweatt of Medical Cannabis Outreach.

The deadline to make a decision about expanding the medical marijuana program is Feb. 1. A spokesperson for Governor Rauner says the decision will come from the director of the Illinois Public Health Department, and it will come "shortly."