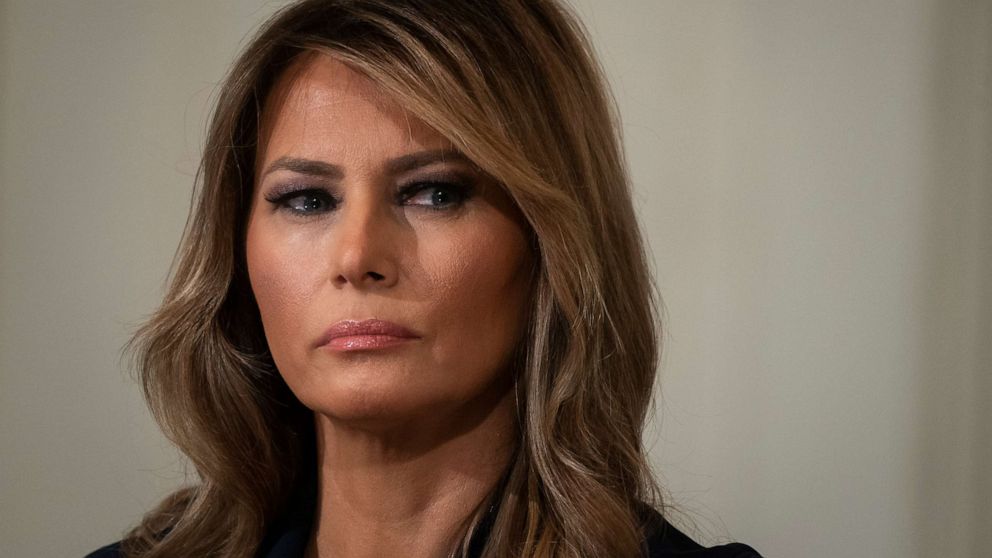 Two weeks after secret recordings of first lady Melania Trump came to light in which she could be heard using expletive-laced language complaining about having to decorate the White House for Christmas -- and calling the living conditions for migrant children separated from their parents an improvement from their normal ones, the first lady is striking back.

In a letter-style post published on the White House website, Mrs. Trump attacks her former friend and adviser, Stephanie Winston Wolkoff, who last month published a memoir called 'Melania and Me' and shared select recordings of her private conversations with the first lady with CNN. Mrs Trump also blasts the media for scrutinizing her comments, which she does not dispute but rather says "were out of context."

"When the media chooses to focus on self-serving individuals & salacious gossip instead of work to help our next generation, it needs to be talked about," Trump wrote in a tweet sharing the post, which appears on the White House website.

In the recordings, Trump could be heard complaining about working "my a** off at Christmas stuff" and praising the conditions at detention centers for migrant children.

"The kids, they say, 'Wow I will have my own bed? I will sleep on the bed? I will have a cabinet for my clothes?' It's so sad to hear it but they didn't have that in their own countries, they sleep on the floor," Mrs. Trump can be heard saying on the recording. "They are taken care of nicely there. But you know, yeah, they are not with parents, it's sad. But when they come here alone or with coyotes or illegally, you know, you need to do something."

In the post, Trump presents herself as rising above the fray to "help children," even as she uses the post to go on the attack against her former friend, whom she now describes as "someone who clung to me after my husband won the Presidency" and has now published a book full of "idle gossip trying to distort my character."

"Anyone who is focused on tearing things down for their own gain, after knowing what I stand for, has lost sight of what we are here to accomplish and who we are here to serve. To push forward a personal agenda that attempts to defame my office and the efforts of my team, only takes away from our work to help children," she writes.

The first lady's office condemned the release of the recordings when they first came to light two weeks ago but this is the first time the first lady, who just recovered from the coronavirus, is directly responding at length.

While the recordings have drawn media scrutiny, the media's attention to her comments was quickly overshadowed when, just hours after CNN first aired the clips, the president revealed that both he and the first lady had tested positive for COVID-19.

But in choosing to respond now in an extended post criticizing media scrutiny, the first lady's post has the effect of also bringing attention back to her initial comments.

Her post comes days after the Justice Department filed a civil lawsuit against Winston Wolkoff, accusing her of breaching a non-disclosure agreement that the administration alleges she signed before becoming a senior advisor to the first lady and seeking to seize any profits from the book.

Winston Wolkoff's publisher Gallery Books has since responded in a statement supporting the author and calling the government's lawsuit a "transparent attempt to use the government as a means of intimidation against authors."