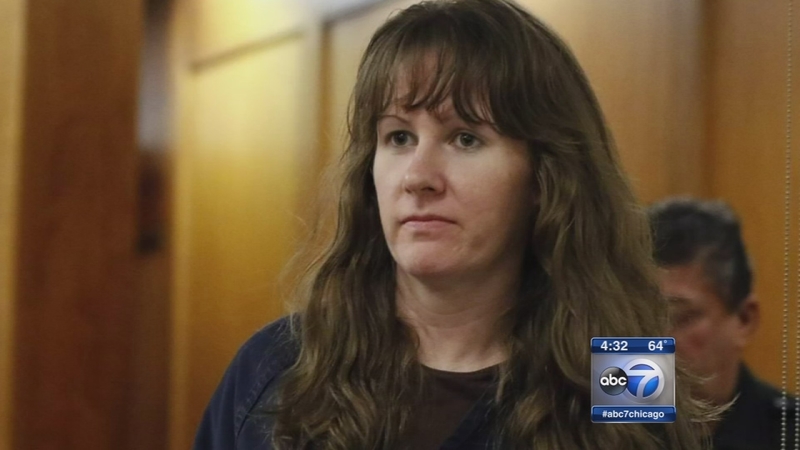 WAUKEGAN, Ill. (WLS) -- Melissa Calusinski's murder conviction in the death a toddler at a Lake County day care center in 2009 was upheld after a judge denied her request for a new trial Friday.

The 29-year-old Calusinski was convicted of killing 16-month-old Benjamin Kingan. She confessed to slamming Benjamin's head to the ground while working at the Lincolnshire center in 2009. Her lawyers said she was coerced.

Melissa Calusinski's murder conviction in the death a toddler at a Lake County day care center in 2009 will stand after a judge denied her request for a new trial Friday.

Calusinski's family said they expected the worst and got it.

"She was well prepared she says 'I'm not going to get all excited,'" said Paul Calusinski, Melissa's father.

Judge Daniel Shanes, who sentenced Calusinski to 31 years in prison, ruled there wasn't enough new evidence to support a new trial for the 29-year-old.

Prosecutors said 16-month old Benjamin Kingan of Deerfield died of a skull fracture caused by Calusinski when she threw him to the floor while she worked at the Minee Subee Daycare.

The Lake County state's attorney praised Friday's ruling and in a statement said, "What is most disappointing about this case is the defense team knowingly mis-characterized evidence as 'new' when it clearly was neither new nor significant."

But lawyers for the Carpentersville woman pointed to X-ray evidence they said shows the child had a previous head injury missed by the initial autopsy.

Defense attorney Kathleen Zellner said the original X-ray files sent to Calusinski's attorney before her trial were compressed and not legible enough to show his pre-existing head injury.

"The judge is like you can see the image on the right, yeah judge do the math, 267 kilobytes, that's what you compressed it down to, why is it compressed?" Zellner said.

Last July, Lake County Coroner Thomas Rudd changed the boy's official cause of death from homicide to undetermined citing the new X-rays. Witnesses testified that the child had a habit of throwing his head back when angry.

"The second clear set shows that the skull does not have a fracture. It also outlines the skull better in a lightbulb shape which should have been a clue," said Dr. Rudd.

The defense is already appealing the judge's decision as Melissa Calusinski's family vows to keep fighting for justice.