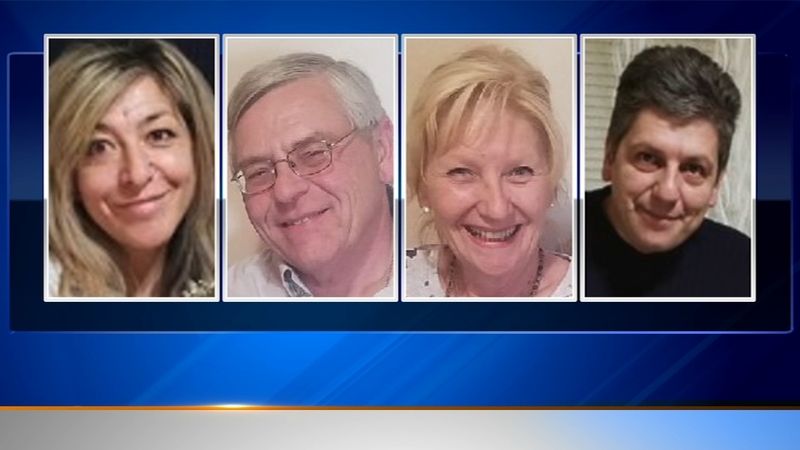 ELMHURST, Ill. (WLS) -- A memorial service was held Sunday for a Chicago family killed when a shooter opened fire in an apartment building on the city's Northwest Side last weekend.

Krysztof Marek, 66, is charged with killing five of his neighbors in a shooting rampage in the Dunning neighborhood last Saturday. Marek was charged with five counts of first-degree murder.

RELATED: Man charged in murder of 5 in apartment building on Chicago's Northwest Side denied bail, all victims identified

Ivaylo Popov along with three others had just finished dinner last weekend when police said Marek walked into his apartment complex and opened fire.

"My dad was the most amazing person that I have ever met," said Iskra Popova of her father Ivaylo Popov in an interview with the Chicago-based Bulgarian media outlet, BG Voice. "He was such a role model to me."

Danail Mladenov arrived home late from work in time to hear the gunshots. He said he wonders what he could have done if he had been there at the time of the shooting.

His mother, Tsvetanka Kostadinova, was one of the victims.

Marek is being held without bail.

On Sunday, visitation was held for four of the victims in Elmhurst.

The family is grateful for all the prayers and financial support for funeral expenses.

"We are lucky to have people like this in our community, and from the bottom of our hearts, we are so thankful," Iskra Popova said.

Investigators haven't given a motive for the shooting.