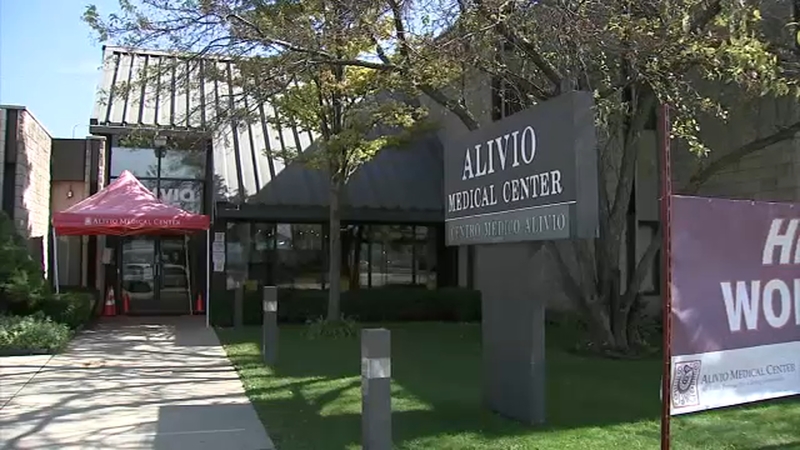 Many of the patients who get treatment at Alivio Medical Center on the southwest side are from underprivileged minority communities, where mental health issues often go ignored. That's why the mayor is putting $8 million dollars into expanding mental health programs for Alivio and nearly three dozen other mental health centers on the south and west sides of the city.

"Mental health support is vital to serve those who are suffering the trauma of severe illness, grief, inequities, isolation and job loss," said Esther Corpuz with Alivio Medical Center.

Mayor Lightfoot said she has been focused on improving mental health since she took office and before COVID-19, but the pandemic has caused more issues with a greater need for help in many communities.

She called it a safety net for everyone to receive care regardless of income, insurance or immigration status.

"COVID-19 has completely upended our whole world, and so whatever the baseline for trauma and depression and mental illness, it's been exacerbated," Lightfoot said.

Therapists say they have seen an alarming increase in mental health issues, including suicide, since the pandemic began.

LCPC therapist Jessica Hutchison focuses on these cases since the death of her father Robert from suicide nearly a decade ago.

"Suicide rates prior to the pandemic were the second leading cause of death or our youth and this pandemic is going to push those rates higher than we've ever seen," Hutchison said.

Lightfoot said one big focus of the increased funding is on facilities that treat children, adolescents and young adults. The mayor's financial commitment runs through the next three years.

Last month, Mayor Lightfoot announced a $35 million investment in order to find rental housing and subsidies for homeless in Chicago.