Mercury Retrograde: What it is and how it affects you 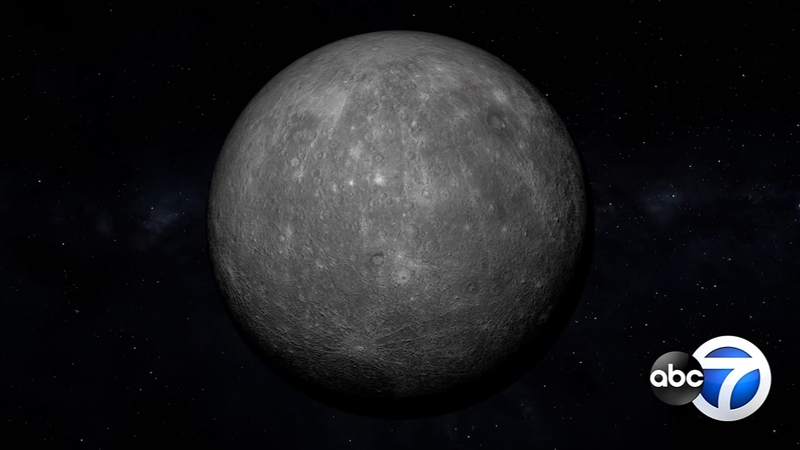 Mercury Retrograde: What is it and how does it affect you

CHICAGO (WLS) -- If you're active on social media, you've probably seen people talking about the Mercury retrograde and everything that can come with it.

Communication issues, canceled flights, car problems, the list goes on. But what is retrograde?

"It has to do with the orbital relationships between Earth, Mercury and the sun," said astrologer Brian Allemana. "Such that from our position on Earth it looks like the planet is moving in the reverse direction for a period of time.

The phenomenon can be compared to when you're driving on the highway past another car. If you're going fast enough, it can look like the car next to you is moving backward.

How does this affect you? Astrology is the study of how stars and planets affect humans, so when something like this happens, astrologers take notice.

"When we see a planet go retrograde, we look at that as a meaning that there's some kind of inner review taking place," Allemana said.

This time of reflection could, however, come with some obstacles.

"When it's going backward it's going to affect anything that you can associate with communication but also as an extension of that - things like technology and even travel," astrologer Barry Kerr said.

"If you really pay attention during the three weeks that you have those days where it's like one thing after another, things breaking down or not going the way you intended them to go," Allemana said.

But Mercury isn't the only planet to retrograde; they all do. So why do we make such a big deal about this one?

The first Mercury retrograde of 2019 was in March. The second began July 7 and will end July 31. Another is expected to occur October 31.

But the world isn't ending every time Mercury retrogrades, or any other planet for that matter. And whether you believe in astrology or not, the lessons you can learn from this astronomical time can be useful.

"No one is out here saying Mercury is retrograde, therefore this will happen. That's like saying 'it's raining, therefore, you will have a baby today' - that doesn't happen," The Rad Diviner said. "But people are like, it's raining so maybe I should take an umbrella. It's kind of like here's what to be on guard for and be all the way prepped up."
Report a correction or typo
Related topics:
sciencechicagospotonscience
Copyright © 2022 WLS-TV. All Rights Reserved.
TOP STORIES
West suburban mayor arrested for DUI, was asleep on expressway: police
Mother scolded by judge after gun goes off in son's backpack
Suburban restaurant expands during pandemic, in rare success story
Chicago Park District offering $500 bonuses for lifeguard jobs
Toddler orders 31 McDonald's cheeseburgers on mom's DoorDash app
Tow Truck driver found guilty in I-88 road rage murder
Cook County announces guaranteed income pilot program
Show More
Stocks plunge as Target's woes renew inflation fears
4 students hurt when chemistry experiment goes awry: fire marshal
Update on Delphi murders: New docs say crime scene tampered with
1st monkeypox case in US this year reported in Massachusetts
Biden invokes Defense Production Act for formula shortage
More TOP STORIES News