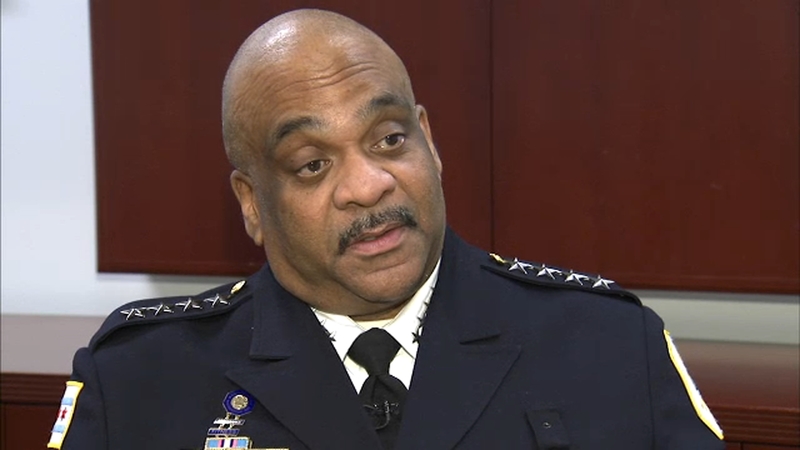 CHICAGO (WLS) -- As gunfire erupted at Mercy Hospital Monday of last week, Chicago police surrounded Dr. Tamara O'Neal desperately performing CPR on her. They shielded her from the gunman.

"The responding units, the first thing that they did was shield Dr. O'Neal's body," he said.

As witnesses hid from the gunfire Chicago police ran toward it.

"I'm just so incredibly proud of the courage that they show on a day to day basis," said Johnson.

Johnson shared new information about what happened Monday of last week, including the heroic actions of officers who neutralized the shooter.

"When he came back out of that hospital he started firing at them. They continued to work on her and their partners took the squad cars and closed the gap so he wouldn't be able to hit her again," he said.

One officer took a bullet to his hip, his gun holstered because he was working to save O'Neal's life.

Officer Sam Jimenez was killed in the fire fight. His family said all his life he wanted to be Chicago police officer.

"He was a hero. He saved lives that day," Johnson said.

Johnson saw the resilience of the department that night in the hospital. He remembered something Sam Jimenez's partner told him just hours after helping take down a cop killer.

"He found the strength to look at me and Crystal, his (Jimenez's) wife, and said 'You know what, though, this is what we signed up for. This is the reality of our job. And I'm going to go out there tomorrow and do it again,'" Johnson recalled.