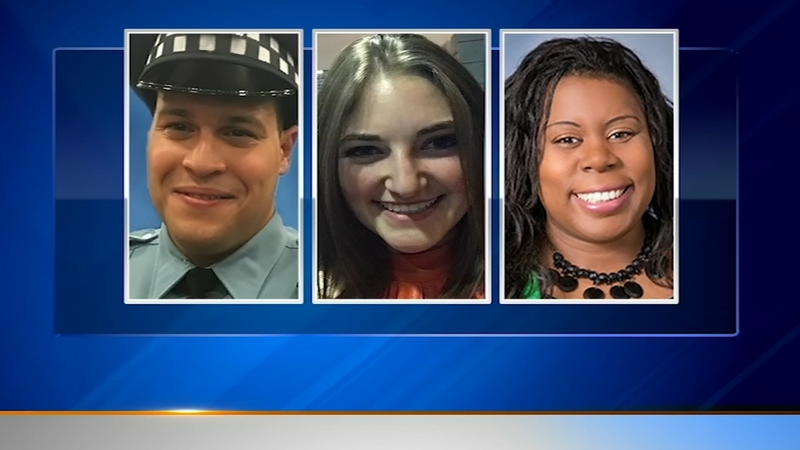 CHICAGO (WLS) -- The three victims of the Mercy Hospital mass shooting were remembered on the one year anniversary of the attack.

As the families of the victims honored their loved ones privately, Mercy Hospital held its own private mass for those lost in the tragedy.

"It was dramatic, people were just running, you know, there was fear over what was going on," said Leroy Person, an OR surgical partner who was on duty the day of the shooting.

Chicago police observed a 30-second period of silence over police radio around the same time last year that Officer Jimenez chased the shooter into Mercy Hospital after he killed his former fiance Dr. O'Neal.

"We maintaining, but we lost a tremendous person so, you know, we're just dealing with it," Person said.

O'Neal had filed a lawsuit against the shooter just days before the attack.

"I often find myself crying and depressed over this whole loss, because it was so unnecessary and it could have been prevented," said Rhonda Barrett, who knew the shooter.

Barrett worked with the shooter at the Chicago Housing Authority and is currently in the middle of a lawsuit against CHA in which she claims she was fired after accusing the shooter of sexual harassment.

"As a result of you not taking care of what you were supposed to take care of as a corporate office, look at what happened," she said. "So many lives were lost."

Their deaths may have been deemed senseless, but a year later their memory still lives on through those who loved them.