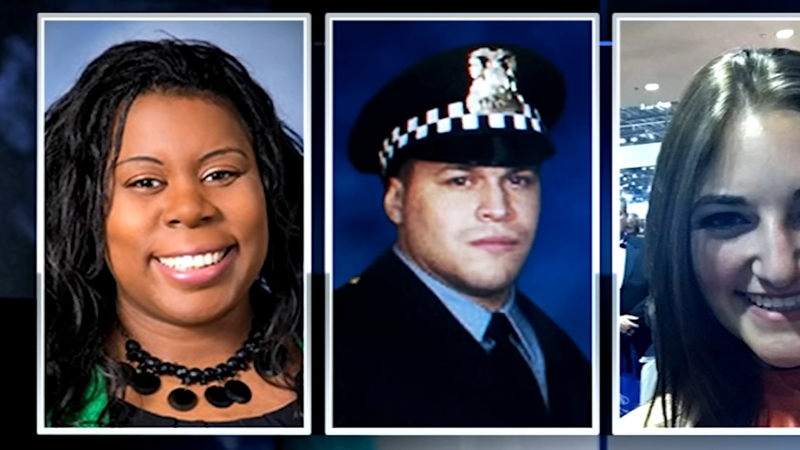 On Thanksgiving, that boy's mother shared her special gratitude for O'Neal with ABC7.

"She saved my life and my son, and I could never thank her enough for that," Miriam Smith said.

On Monday, Smith's son, Micah, was very sick with fever, nausea and fatigue. She brought him to Mercy Hospital's Emergency Room, and Dr. O'Neal, who remembered treating Smith's daughter, treated him.

As details were revealed, Smith realized she also knew the gunman, who was also killed. Smith said Lopez was the ex-husband of one of her former co-workers at DePaul University.

Smith had no idea Lopez and Dr. O'Neal had also been in a previous relationship.

"Not thinking he would ever exhibit these types of behaviors, and Doctor O'Neal, from the professional stand point very warm, I would have never put the two together," Smith said.

Today with her son feeling better and preparing for a holiday meal, Smith said the events of this week seem unreal.

"I gave her a hug and she was like, 'Take care of yourself and take care of him.' I said, 'I will.' And that was it," Smith said. "I looked at it as that particular day, she was my guardian angel...I just wish she was home with her mom so that she could have a Thanksgiving."

Services are being planned for O'Neal and pharmacy resident Dayna Less, who was also killed in the shooting. Less was supposed to travel home to Indiana Tuesday to spend Thanksgiving with her family.

Chicago Police Officer Samuel Jimenez, who was also killed in the shooting, will be honored in a wake from 3 p.m. to 9 p.m. Sunday at Oehler Funeral Home in Des Plaines. His funeral will be held at 11 a.m. Monday at the Chapel of St. Joseph at the Shrine of Our Lady of Guadalupe in Des Plaines.