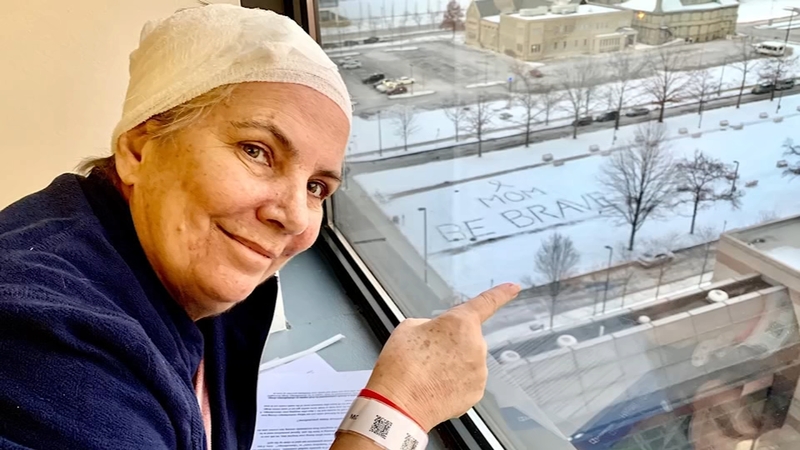 CLEVELAND -- An Ohio woman who is battling cancer received a message of hope, written in the snow, from her daughter.

The woman's daughter, Marie Schambach, wrote, 'Mom, be brave,' in some newly-fallen snow on Friday.

Schambach, who is a physician from Guatemala, said she had never even seen snow before. She was inspired to write the message to lift her mom's spirits.

Schambach said she was hoping other patients would see the message and feel like "somebody else cares."

The Cleveland Clinic tweeted a photo of the message, prompting well wishes from others on Twitter.

Schambach said she is happy that others are thinking of her mother.
Report a correction or typo
Related topics:
family & parentingohiosocietycancerfeel good
More Videos
From CNN Newsource affiliates
TOP STORIES