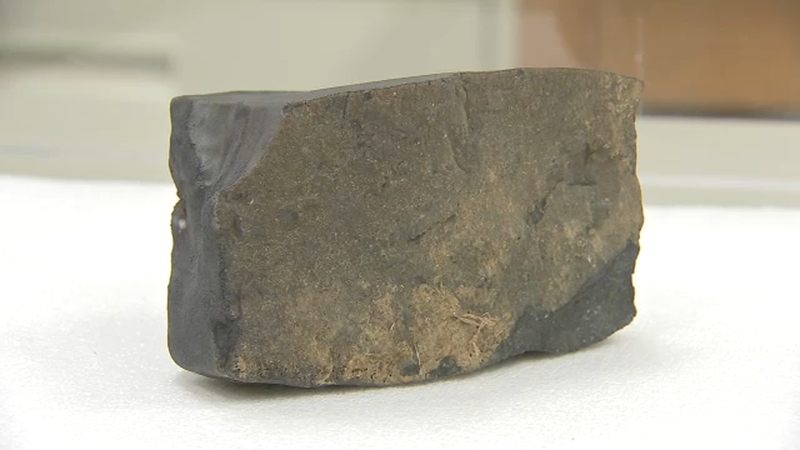 CHICAGO (WLS) -- A piece of a meteorite that slammed into Costa Rica earlier in 2019 was donated to the Field Museum in Chicago.

While meteorites are actually fairly common occurrences, the meteorite that was donated to the Field Museum Monday is truly unique.

"This type of meteorite is sometimes called a cosmic mud ball meteorite because it made of mainly clay and is rich in a variety of organic materials as well the building blocks of life," said Dr. Philipp Heck, Field Museum.

The last time a similar meteorite struck Earth was in Australia back in 1969. Terry Boudreaux, a prolific meteor hunter, said when he got the opportunity to purchase the largest piece of this meteorite that landed in Costa Rica, he jumped at the opportunity.

Scientists will now study and cryogenically freeze the meteorite in liquid nitrogen in order to preserve it.

Found in a Costa Rican farm field in late April and preserved before the rainy season began, this meteorite was exposed to very little Earth-borne contamination.