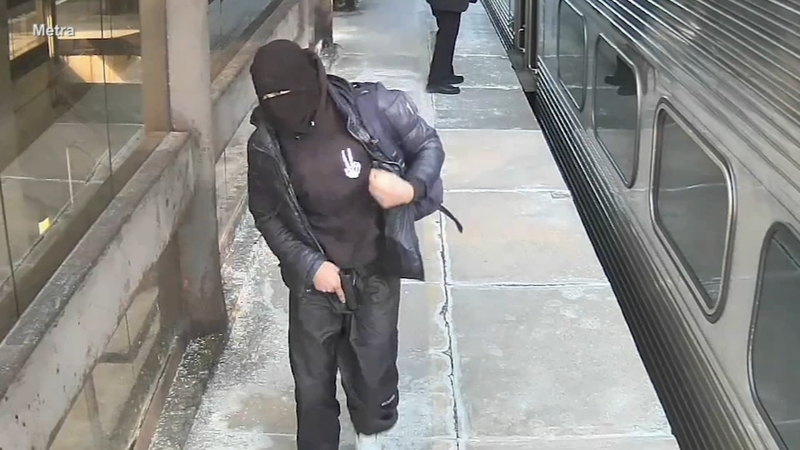 CHICAGO (WLS) -- Metra police are looking for the person they said robbed a Metra conductor at the Van Buren Street station in Chicago.

Police said shortly after 2 p.m. Tuesday a Metra Electric Line train pulled into the downtown station. After it stopped the suspect, who was a passenger on the train, pulled out a black semi-automatic handgun and announced a robbery, according to police.

The suspect stole the conductor's cash and fled on foot into the station. Police said the suspect originally boarded the train at the 147th Street station in Harvey.