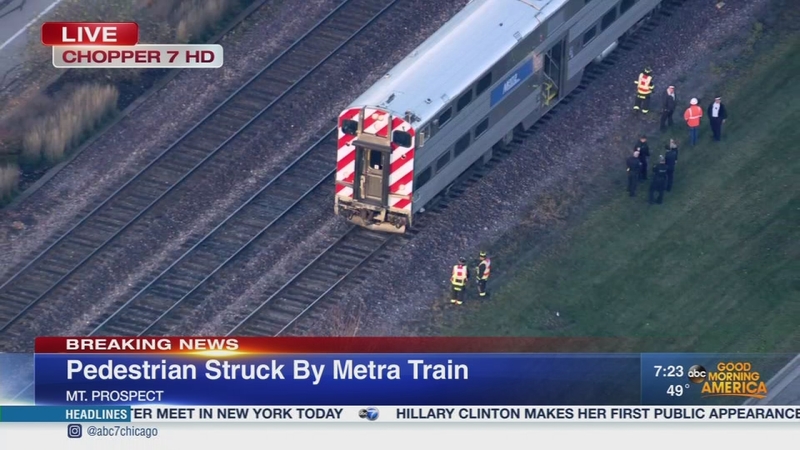 Officials said inbound train No. 608, which was scheduled to arrive in Chicago at 7:17 a.m., hit the 32-year-old Des Plaines man just south of the station around 6:55 a.m. The victim's identity has not been released per request of the family, police said.

The train was stopped for the investigation, causing extensive delays in both directions.

The CTA honored Metra tickets until 9 a.m. at all Blue Line stations from Rosemont into Chicago. Metra also ran buses from the Des Plaines station to Chicago.

Metra commuters should listen for platform announcements or check Track Your Train on metrarail.com for the latest updates.