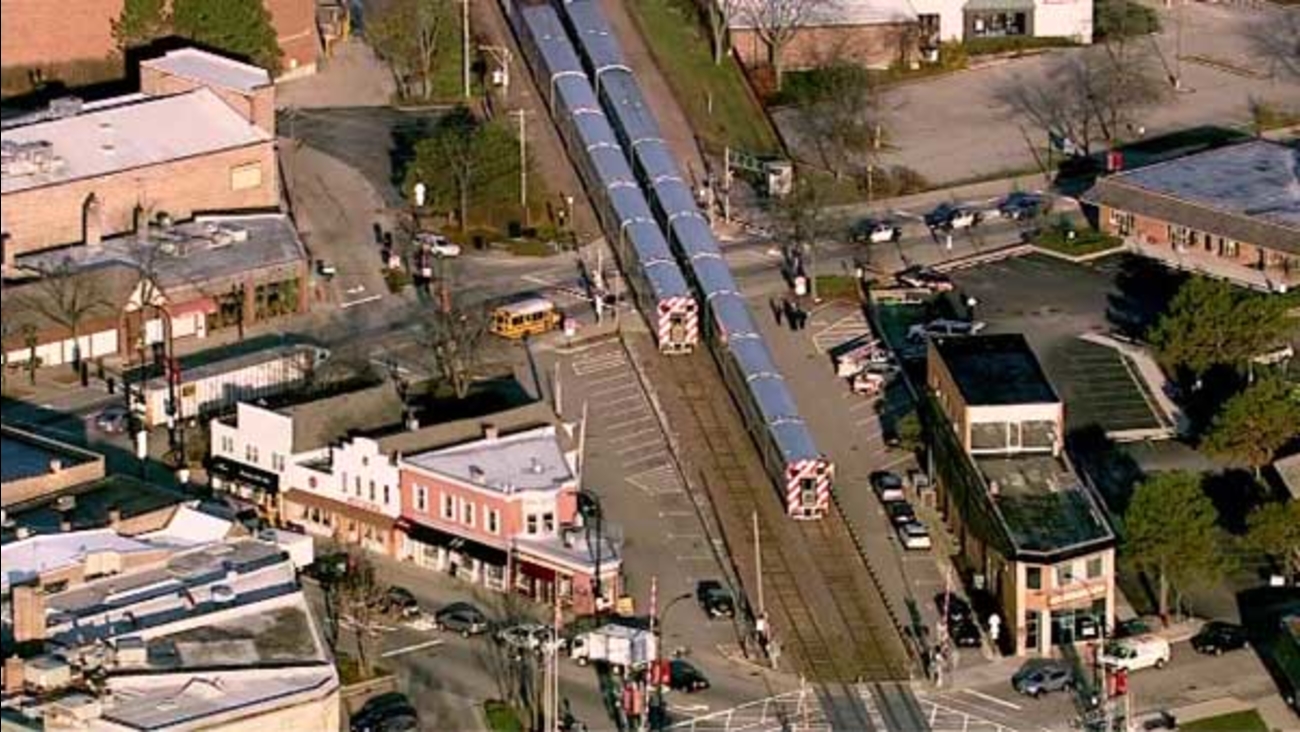 Metra trains are stopped in both directions near Barrington on the Union Pacific Northwest Line due to a pedestrian incident involving an inbound train, officials said.

BARRINGTON, Ill. (WLS) -- Metra trains were delayed Tuesday morning after a woman was struck and killed by a train near Route 59 in Barrington, officials said.

At about 7:30 a.m., inbound Union Pacific Northwest No. 624 train hit the 52-year-old woman between stops near Hough Street (Route 59) in Barrington Hills.

Trains were halted in both directions for two hours. Metra sent three trains to the Barrington station, where they turned and operated as inbound trains to get riders to Chicago.

The woman stepped onto the tracks, police said.